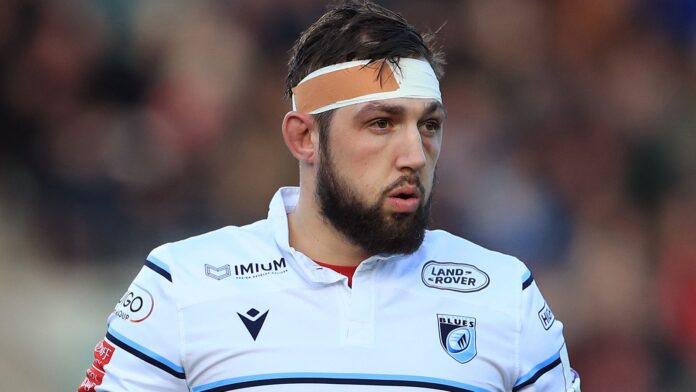 Josh Turnbull was the hero for Cardiff Blues with a late try to secure derby bragging rights against the Dragons at Rodney Parade.

It’s @cardiff_blues who seize the Boxing Day bragging rights!@dragonsrugby led for the majority of the contest but a late try from @JoshTurn6ull hauls the visitors to victory at Rodney Parade 💪#GuinnessPRO14 #DRAvCBL pic.twitter.com/u65p4KhPRE

The Wales forward went over from close range in the 67th minute, with Jarrod Evans converting for a 13-12 win in the Guinness PRO14 clash in Newport.

It capped a strong second-half performance by the Blues after they had trailed 9-3 at the break courtesy of three penalties by Dragons fly-half Josh Lewis to one by opposite number Evans.

The home side were hunting a first PRO14 win against their fiercest enemy since 2014 but came up short after spending almost all of the second half pinned inside their own territory.

They could have no complaints about an 11th successive championship loss to the men from the capital in a poor-quality clash in torrential rain.

A late converted try from Angus O’Brien proved just enough for Scarlets to scrape a 16-14 win over Ospreys in a dour West Wales derby at Parc-y-Scarlets.

Scarlets had trailed throughout the match but conjured up a late piece of magic through O’Brien which Dan Jones converted to add to his three penalties.

It was rough justice on Ospreys, who had to surrender home advantage as their Liberty Stadium pitch was being re-laid.

They scored the best try of the game through Reuben Morgan-Williams with Stephen Myler kicking three penalties.