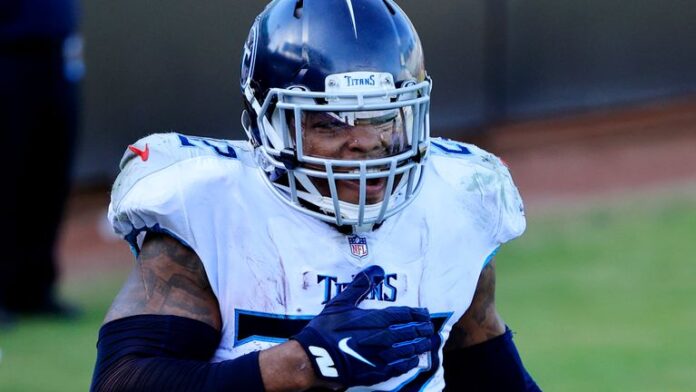 Pro Football Talk’s Chris Simms: Their ability to make big plays in the run game and pass game, it’s up there with anybody”; Watch the Tennessee Titans at the Green Bay Packers (kick-off, 1.20am) as part of the NFL Sunday triple-header live on Sky Sports NFL, 5pm

When considering who owns the most explosive offence in the NFL, there is surely only one winner, right? The defending Super Bowl champions Kansas City Chiefs, led by superstar quarterback Patrick Mahomes.

Well, could there be a legitimate contender for their crown sneaking through somewhat under the radar within their own conference?

“The Titans, their offence has been a surprise the whole year – they are the No 2 offence in football,” said Simms. “I don’t know if a lot of people realise that.

“As much as their defence is concerning, you could argue that they have the most explosive offence in all of football – that it is more explosive than the Kansas City Chiefs.

“It may not be as cool or highlighty as the Chiefs, but it is every bit as effective.

“Their offensive coordinator, Arthur Smith, you don’t hear his name a whole lot. He needs to be talked about in that top head coach/coordinator conversation a little bit more.”

Heading into the final two weeks of the season, the Titans are trying to hold off the Indianapolis Colts for the lead in the AFC South – both tied at 10-4 on the season, but with Tennessee holding the tiebreaker.

They come up against the current No 1 seed from the NFC on Sunday night in the Packers, a game which could well prove to be high scoring with the way the teams match-up against each other, according to Simms.

“This is strength versus weakness: it’s the Titans’ poor secondary and not a great pass rush versus Aaron Rodgers, and then there’s the lack of big people on the inside of the Packers defence against Derrick Henry,” Simms said.

“And then there’s [Packers coach] Matt LaFleur versus [Titans coach] Mike Vrabel: there’s history there. LaFleur worked under Vrabel in his first year as the head coach of the Titans – that, to me, is an intriguing matchup.”

Simms isn’t completely convinced, however, by Green Bay as genuine Super Bowl contenders just yet, thinking their 11-3 record is not quite a true reflection of their play this season.

“There’s something about their football team that I just don’t trust all the way. Not now, but in the playoffs, Super Bowl contention.

“With other teams in the top 10 of the NFL, you can look at units of their team and go ‘that is elite’. I don’t feel that way with Green Bay.

“They’ve got a lot of ‘good’, but the only thing they have that is elite is Aaron Rodgers at quarterback. He’s got to always get them out of a jam and I don’t know if that correlates to winning a Super Bowl or getting there.”

Watch the Tennessee Titans at the Green Bay Packers (kick-off, 1.20am), live on Sky Sports NFL as part of the Sunday night triple-header of NFL action from 5pm.