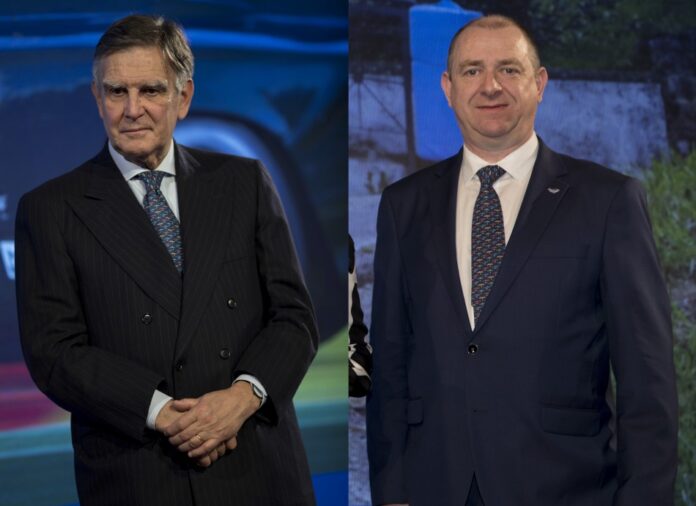 The last week of FIA meetings, which included the World Motor Sport Council and the General Assembly, led to several new developments in the historic motor sport landscape.

Having reached the age of 75, which by statute implies that he can no longer hold a position on an FIA Sporting Commission, Paolo Cantarella hands over the chairmanship of the Historic Motor Sport Commission (HMSC) to John Naylor, who was already a member of this body, was also Chairman of the FIA Historic Circuits Sub-Commission and is also President of the Irish ASN, Motorsport Ireland. Paolo Cantarella was appointed Chairman of the Historic Motor Sport Commission in 2014.

Paolo Cantarella said: “For me this period has been an honour and a fantastic experience. Historic motor sport is the best of all ways to celebrate racing cars of the past and being fed by passion, this is one of the few sectors of motor sport that see the number of its participants increasing from one year to the other. The beauty is also that it is a form of motor sport where smaller and not so expensive cars form a majority.

“Of course, we all love the high-profile Historic meetings, with some of the most famous cars ever on the grids, but there are also plenty of amateur drivers, who truly love their own car, who are racing every weekend, accompanied by friends and family, in a cordial atmosphere, and manage to do so with a more than decent budget. I would like to thank the Commission members, the Sub-Commission Presidents and members, the administrative team: without their passion and commitment nothing would have been possible.”

The HMSC will therefore be led by John Naylor in 2021. HRH Prince Joachim of Denmark will remain as Vice-President and the Commission will comprise 28 ASN representatives, 2 representatives of the Manufacturers (Porsche and Audi), the Chairman of the Historic Technical Working Group (to be appointed in March 2021) and, as a co-opted member, Mr Giuseppe Redaelli, the newly elected President of the International Historic Commission, which is the “Mobility” counterpart of the Sporting Commission.

John Naylor said: “It is indeed a huge honour for me to take up this role as President of the FIA Historic Motor Sport Commission. I want to pay tribute to Paolo Cantarella and thank him for the major contribution he has made to historic motor sport since taking the presidency in 2014, he is certainly a hard act to follow. With the help of the members of the Commission and the administration, I intend to continue the consolidation and development of our Historic Championships and focus on the transfer of knowledge from our current officials and experts to future generations.

“Paolo Cantarella campaigned for an appropriate integration of the health measures resulting from COVID-19 in the very specific case of historic motor sport. Thanks to the setting up of a dedicated Working Group decided at the last World Motor Sport Council meeting, we will take over the assessment of the situation and the discussions that should lead us to ensure safety, pleasure and an optimistic future for all competitors active in historic motor sport.”

Jean Todt said: “I would like to salute Paolo Cantarella, whose passion for motoring history and heritage has been the driving force behind the great work he has done in his seven years as President of the Historic Motor Sport Commission. Paolo Cantarella is now handing over the reins to John Naylor. I welcome the fact that he has agreed to maintain a link with the FIA, as an advisor to our two Historic, Sporting and Mobility Commissions, and as a facilitator of synergies between these two historical pillars of our organisation.”

The last annual meeting of the World Motor Sport Council was also an opportunity to validate the 2021 calendars, as well as certain modifications to Appendix K and to the Sporting Regulations of the FIA Championships, Cups and Trophies. It has been agreed that should the 2021 FIA European Historic Rally Championship and FIA Historic Hill Climb Championship be affected by COVID-19 again, a new provision has been added to their respective Sporting Regulations, setting at four the minimum of rounds to take place to validate the FIA titles.

Clarifications have been made to Article 3 of Appendix VI to Appendix K, in an article dealing with the geometrical prescriptions applicable to the construction of Roll-Over Protection Systems (ROPS) for non-homologated cars. Other modifications to Appendix K, relating to the livery of non-homologated cars (Article 2.1.10) and to the finishing of camshafts of Production Touring and Grand Touring cars (Articles 7.3.3 and 7.3.4), have also been validated by the World Council and can be consulted on the FIA website (via this link).

Other Historic Circuit and Regularity calendars will be decided later.