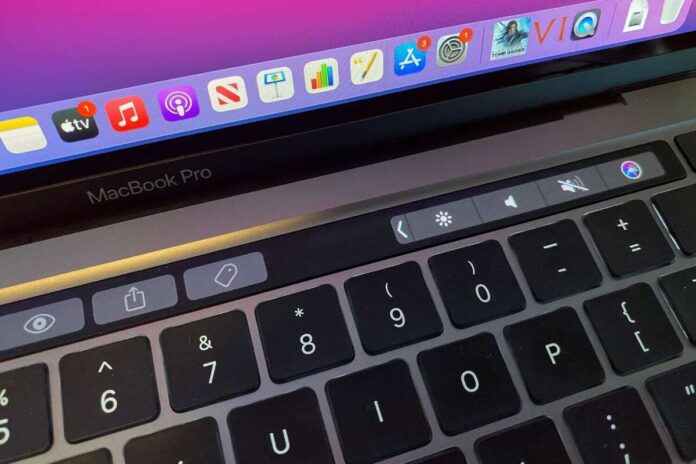 Every year in this space I make a slew of predictions for the coming year, a combination of analysis and wishcasting that can be a fun exercise in gauging our expectations and understanding what Apple might be planning. And a year ago, I got it right!

2020 didn’t go quite the way we all planned, but I predicted that 2020 would bring the first Macs powered by Apple-designed chips, and I got it right!

I’ll grant you, it was something like the third straight year that I have made that prediction. But this time Lucy didn’t pull the football away from me! Truly, if you persevere and keep predicting the inevitable, you will eventually be right.

As for the rest of the predictions… okay, maybe don’t call me Nostradamus after all.

Last year, I wrote that 2020 could potentially be a revolutionary year for the Mac, but that I wouldn’t bet on it. That equivocation seems largely justified: while the release of the M1 Macs was a milestone, they came in the form of familiar Mac models. The transition has begun, and I believe it will be revolutionary—but I expect more dramatic changes in 2021 and even 2022.

I correctly predicted that Apple would continue its roll-out of its new laptop keyboard, getting rid of the butterfly keyboard. And I correctly expressed skepticism about the prospect that the 13-inch MacBook Pro would be replaced by a 14-inch model.

I despaired about the MacBook Air’s future, and I couldn’t have been more wrong. I thought it was more likely than not that Apple wouldn’t bother bringing the Magic Keyboard to the MacBook Air in 2020, because Apple had just revised the Air in 2019.

Well—whoops! Not only did Apple update the Air to get the new keyboard, it updated it a second time to usher in the M1. It turns out that Apple loves the MacBook Air more than I thought it did.

I also completely whiffed on my predictions that Apple would introduce a redesigned iMac. I was already disappointed by Apple merely speeding up the existing iMacs in 2019, and it was the same story in 2020. Surely an iMac design is waiting in the wings, but it hasn’t happened yet. It feels like I’ve predicted this same move almost as many times as the ARM transition itself—and no dice.

Finally, I predicted a “more stable macOS update cycle” after a tumultuous macOS Catalina beta. While it’s true that Apple loaded a bunch of frustrating changes into Catalina, macOS Big Sur was a huge change in terms of design. Still, the beta process this summer was not nearly as rocky as the Catalina beta was, and I think Big Sur will ultimately be embraced more than Catalina was.

And did macOS Big Sur improve Mac Catalyst, as I predicted it would? Based on what I’ve heard from developers, it seems like it has, though I’ve yet to see the ideal example of a great third-party app that wouldn’t exist on the Mac were it not for Catalyst. Maybe that’s more of a 2021 thing.

iOS: A lack of iPhone imagination

iPhone rumors begin to circulate so early these days that it’s pretty easy to make predictions. Last December, there were already rumors that Apple would release a new iPhone SE—I correctly predicted it would be the size of the iPhone 6—and four new iPhone 12 models.

My mistake was not believing that Apple would release a new iPhone SE and a smaller version of the mainstream iPhone in the same year. I predicted a pair of iPhone 12s with corresponding “Max” sizes. Instead, we got the iPhone 12 mini. What a delightful surprise! It makes the failed prediction hurt a little bit less.

I also predicted that Apple would “continue to be aggressive on iPhone prices, with the new iPhone 12 starting at $649.” Not so much. The iPhone 12 mini costs the same as the iPhone 11, $699. And while I predicted that the larger “standard” iPhone would be $749, it’s actually $799. I think I need to learn my own pricing lesson—Apple can be aggressive about a lot of its product decisions, but always bet against things getting cheaper.

Perhaps my biggest leap into fantasy in my 2020 predictions was one that… I sort of got right? “Perhaps Apple could up the iPad Pro accessory game this time around,” I wrote. “Could Apple offer a second Smart Keyboard, one with more traditional keys?” I even suggested that if Apple improved the cursor support on iPadOS, it could add a trackpad to that keyboard!

I swear I didn’t know anything about the Magic Keyboard for iPad Pro when I wrote those words. I really was just dreaming in public. Sometimes dreams really do come true, I guess. For this iPad Pro fan, that Magic Keyboard accessory was a dream given form.

But it’s best not to get too cocky. I also mused that Apple could make an iOS laptop, with attached keyboard and trackpad. Unless you consider M1 laptops running a limited selection of iOS apps as “an iOS laptop”—and I sure don’t—I got this wrong. In fact, since Apple has provided macOS on Apple silicon with the ability to run iOS apps, and given the arrival of the Magic Keyboard for iPad Pro, I doubt Apple will ever make a laptop-shaped device that runs iOS.

But never say never. Sometimes the most outlandish predictions do come true—as long as you keep predicting them year after year.

The Best Leather Sneakers for Dressing Up, Down, and Everywhere In Between

The good times may be over for Apple