Home Culture How “Ratatouille: The TikTok Musical” was born during the pandemic 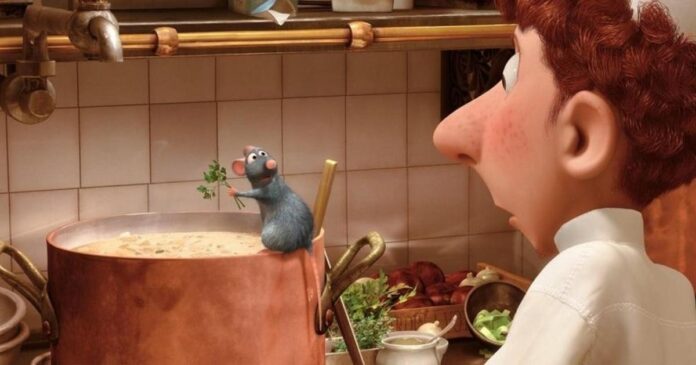 When the bright lights of Broadway shut down in March to help curb the spread of the coronavirus in New York City, thousands of composers, singers, actors, musicians, dancers and set designers were left without a job and without a way to express themselves.

Theater classes in schools across the country were also impacted as students were forced out of the classrooms and off the stages.

Right before her classes began, Emily Jacobson, a 26-year old teacher from New York, got creative and posted an original song inspired by the 2007 Disney movie “Ratatouille” on the social media app TikTok.

“I write these little random songs for Disney characters. … you know, just for fun,” Jacobson said.

The song went viral and reached millions of people around the world and created a movement online, bringing together theater professionals and TikTok users.

Through the social media app, “Ratatouille: The TikTok Musical” was born. Collaborators have submitted music ideas for choreography, costumes, and more for the fully socially distanced musical.

The virtual production features 11 songs, with 10 of those songs originated on TikTok — expanded and brought to life by a 20-piece orchestra. The production also has tapped some big names to star in the musical.

“It’s really fantastic, what this has become it’s a musical. … It’s a real musical,” Feldman said.

The star-studded cast was brought together by a cause. Ticket sales from the production will benefit The Actor’s Fund—an organization that supports members of the entertainment community who are in need.

“The Actors Fund obviously sort of acts as a safety net for people who work in the arts all across the country who are in need,” Broadway veteran Titus Burgess told “CBS This Morning” national correspondent Jericka Duncan.

Burgess stars as Remy—the talented cook who happens to be a rat.

“To be perfectly honest with you, I’m not on TikTok, I know nothing about it. The pieces that I was assigned to perform truly were outstanding. … I was very proud to sing to them.”

Tony Award winner André De Shields was cast as food critic Anton Ego. He said that despite the pandemic, the production has a clear message and takeaway.

“I hope people take away the ability to laugh, in the face of adversity.”

“Ratatouille: The TikTok Musical” will be streamed on January 1. The production will be available to purchase and view on demand for 72 hours.