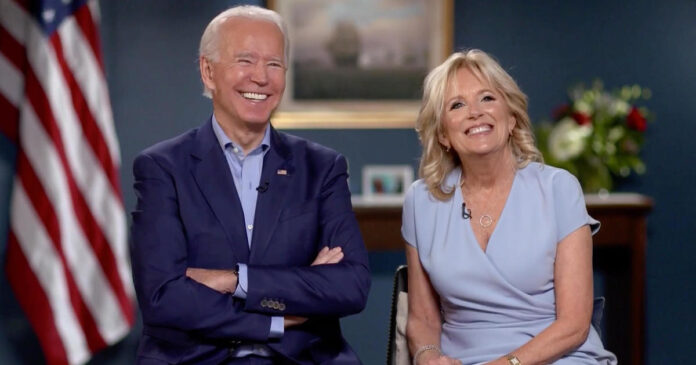 Producers of the show said the Bidens will share a message of hope during the popular New Year’s Eve broadcast on ABC. The show will be hosted from New York’s Times Square, which will not be open to the public this year due to the pandemic.

“In a year marked with many challenges, we are honored that President-Elect Joe Biden and Dr. Biden will join America’s most-watched tradition — Dick Clark’s New Year’s Rockin’ Eve — to share an inspiring message as we come together to close out 2020 and look ahead with hope to 2021,” Amy Thurlow, president of dick clark productions, and Craig Erwich, president of Hulu Originals and ABC Entertainment, said in a joint statement obtained by Entertainment Tonight.

Along with Seacrest, Lucy Hale and Billy Porter will co-host from Times Square and singer Ciara will join them from Los Angeles, producers said in a press release earlier this month.

“2020 has been a trying year for the world and I’m thrilled to have Billy and Lucy join me in ushering in a new year with fresh beginnings,” Seacrest said in a statement. “We look forward to making sure it’s a night for everyone to remember.”

Despite the challenges of 2020, the show will go on for the 49th year in a row. Jennifer Lopez will headline the event, performing just before the ball drop in New York’s Times Square. Cyndi Lauper and Porter, who worked together on Broadway’s “Kinky Boots,” will also perform together.

Earlier this month, the Bidens appeared on “The Late Show with Stephen Colbert” on CBS. Mr. Biden said he is confident that he will be able to work with leaders on both sides of the aisle to get things done.

“I’m gonna be judged by history on whether or not I can make things better for the American people,” he said. “I will deal with anyone if what we’re working on is improving the well-being of the American people. That’s not phony, it’s real. I’ll swallow hard, and I’ll do it.”