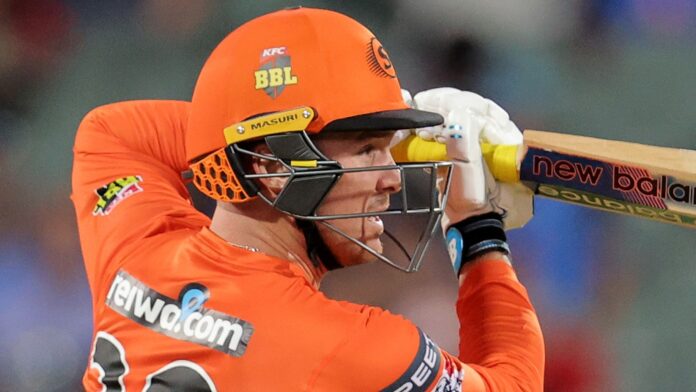 Opener makes strong start to BBL campaign after difficult T20 series against South Africa and paves the way for Scorchers’ first win in five starts, but Liam Livingstone and Danny Briggs both struggle to make an impact in Adelaide this time around

Roy followed up his 21 off 11 balls against the same opposition three days ago, to blitz seven fours and a six in a welcome return to form.

That’s one way to ring in the New Year! 🎉We’re back! 🔥🔥Perth we’re coming for you!! #MADETOUGH #BBL10 pic.twitter.com/q7jaT4BlGL

Earlier, Strikers were indebted to Alex Carey’s impressive 82 off 59 balls as Scorchers threatened to run amok with the ball having won the toss.

The captain smote 12 fours and a six to steer his team to respectability, but it wasn’t enough as Jyhe Richardson (3-19) and Aaron Hardie (2-21) in particular impressed.