Home Culture 2020 pop culture moments you may have forgotten 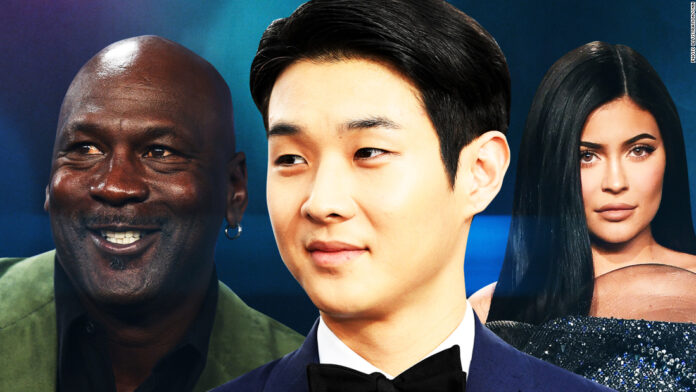 More from Pop Life Chronicles
As we continue to grapple with a worldwide pandemic, it can be hard to remember that the year started with the tragedy of losing NBA superstar Kobe Bryant and his 13-year-old daughter, Gianna, in a helicopter crash that also took the lives of seven other people.
It just seems like so long ago.
A great deal has happened since then, so let’s take a refresher on some notable and sometimes more … interesting moments in pop culture in 2020:
“Parasite” makes history: One of the most intriguing films of last year made history in February when it became the first non-English movie and first South Korean film to win the best picture Oscar at the Academy Awards. And it didn’t pick up just that statue — it swept the night with four wins.
Steven Seagal runs afoul of the SEC: The action star had faced charges from the US Securities and Exchange Commission for promoting an investment in an initial coin offering conducted by Bitcoiin2Gen and not disclosing he was promised $250,000 in cash and $750,000 worth of B2G tokens for his work.
The charges were settled.
Attack of “Tiger King“: Big cats, an unsolved mystery, a murder-for-hire plot and a zoo owner with a mullet. The Netflix docuseries “Tiger King: Murder, Mayhem and Madness” was a welcome addiction, and even basketball legend Shaquille O’Neal took part. Quite literally, that is, as he had a cameo in it.
Michael Jordan’s “The Last Dance”: Speaking of professional basketball, in May we got to relive the glory of Jordan’s playing days in the televised docuseries “The Last Dance.” It was the Chicago Bulls icon unlike we had ever seen him.
A screen grab of the sports legend reacting to a video of former fellow player Isiah Thomas’ comments about Jordan on an iPad was quickly adapted into memes that went viral.
Kylie Jenner has her billionaire designation stripped: There was major controversy in 2018 when Forbes magazine put Jenner on the cover of an issue with the headline “America’s Women Billionaires” and referred to the reality star and makeup mogul as “self-made.”
Just two years later, the magazine published a piece declaring she was “no longer a billionaire” after it examined public records following her selling a stake in her company.
Jada Pinkett Smith’s ‘entanglement’: Pinkett Smith brought herself to the table in July to answer speculation about her relationship with singer August Alsina.
Sitting with her husband Will Smith, she confirmed her “entanglement” with the younger Alsina after he gave an interview saying that he had been involved with the actress and her husband was aware.
It was a rare glimpse into the Smith marriage and also gave us a new word for a particular type of relationship.

Three things to watch:
‘Bridgerton’
If you are not watching this Regency period drama produced by Shonda Rhimes, get thee hence to Netflix.
“Bridgerton” debuted on Christmas Day — and what a gift it has been.
It delivers with a diverse cast, plenty of romantic intrigue and some steamy sex scenes (so make sure to watch when the kids aren’t around, if you have them in your house).
News that Showtime is bringing “Dexter” back as a limited series was one of the best things about this year.
Production is set to start in early 2021, so there is plenty of time to binge the old episodes.
Seasons one through eight start streaming on Amazon Prime on Friday.
‘Headspace Guide to Meditation’
Let’s start off the New Year in a calmer place.
These animated episodes based on the popular app showcase a different mindfulness technique that aids in the practice of meditation — focusing on subjects such as stress, sleep and letting go — and end with a guided meditation at the finale of every chapter.
“Headspace Guide to Meditation” starts streaming Friday on Netflix.
Two things to listen to:
Why not start getting ready for the Grammy Awards, which will air on CBS on January 31?
Beyoncé is the artist with the most nominations — nine — so revisiting her “Black Is King” album will show you why.
Noah Cyrus is far from just Miley’s little sister.
She’s nominated in the best new artist category, so take a listen to her “The End of Everything” EP if you haven’t already.
One thing to talk about:
Anyone who bet we would see less of Prince Harry and Meghan Markle after they gave up their royal titles was wrong.
The Duke and Duchess of Sussex have been plenty productive, including inking a deal with Spotify and dropping their first podcast episode this week.
Hearing their voices is pretty great, but even better was the delight that was hearing their toddler, Archie, speak in the episode.
The couple will always be royalty to me, and I admire the life they are carving out for themselves apart from the Windsors. If hearing is believing, the pair sound pretty happy.

Hip-hop has long been the voice of the people, and some of the industry’s stars are using theirs to try to keep Georgia blue.
That community helped flip the state for President-elect Joe Biden, as my friend and CNN colleague Eliott C. McLaughlin details in his piece. These political advocates are now hard at work trying to aid the Democratic candidates in a Senate runoff that will decide who controls that branch of the government.
“Minus the hip-hop involvement, we might have had a different outcome,” Atlanta rapper and activist Killer Mike told him. “I don’t know of one person in hip-hop who did not do something, from Migos to Lil Baby. I’ve seen everyone from our community take part in some way.”
As I’ve stated before, celebrities are citizens who have every right to be involved in politics. And when it comes to hip-hop artists whose art evolved from inner-city disenfranchised youth, the argument can be made that they have a responsibility to use their platform doing just that.
Pop back here next Thursday for all the latest entertainment happenings that matter.