Home Sport Why to get excited about golf in 2021 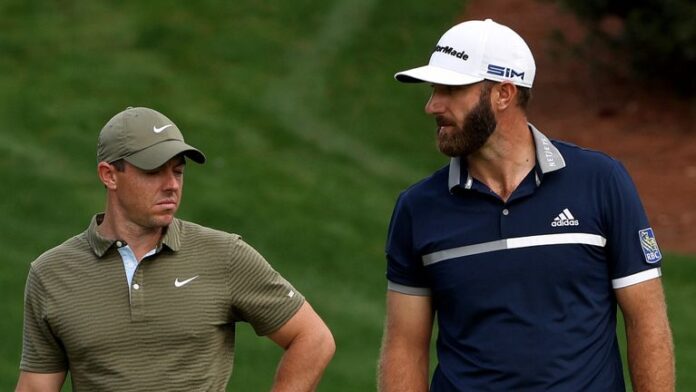 Ryder Cup, Solheim Cup, the return of The Open, The Masters back in April, golf in the Olympics, a bumper year of women’s golf and the return of the UK Swing – reasons to get excited about golf in 2021

The Ryder Cup and Solheim Cup in the same year for only the second time this century and the return of a full major schedule are just some of the golfing highlights ahead in 2021.

The knock-on effect of a coronavirus-disrupted 2020 season means an even more condensed schedule than ever before over the coming months, with plenty of great golf to look forward to.

Some uncertainty remains on when fans will start returning to events in larger numbers and whether Covid-19 travel restrictions will cause further scheduling issues in the early part of the year, but here are five reasons to get excited about the 2021 golfing calendar…

The Ryder Cup is back!

There’s arguably no tournament in golf that would miss fans more than the Ryder Cup, although a spectator-free contest was a real prospect had the contest not been postponed to 2021.

The biennial contest was pushed back a year for only the second time since World War II but will undoubtedly be worth the wait when it’s held at Whistling Straits this September, where Team Europe will arrive as holders after their 2018 victory at Le Golf National.

Qualifying for both teams resumes at the Sentry Tournament of Champions next week and plenty of players will fancy their chances of securing their Ryder Cup spots over the coming months, with the increased likelihood of crowds being able to attend making the event well worth the wait.

Europe can retain the Solheim Cup

For the first time since 2002, there’ll be two opportunities to support Team Europe in the same month, with the Solheim Cup taking place in Ohio barely three weeks before the men’s teams do battle in Wisconsin.

Catriona Matthew will once again captain Europe as they look to replicate their dramatic 14.5-13.5 win at Gleneagles in 2019, with her team looking to claim back-to-back Solheim Cups for the first time since their record-breaking victory on American soil in 2013.

There were four European winners on the LPGA Tour in 2020 and Emily Kristine Pedersen finished the year as the world’s most in-form player with three consecutive Ladies European Tour titles, leaving plenty of reasons of optimism that Team Europe can lift the trophy once again.

The Masters returns to its traditional April slot in this year, having been pushed back to November and rounding off a shortened major season last time around.

Dustin Johnson’s defence of the Green Jacket will begin a full compliment of majors in 2021, with the PGA Championship at Kiawah Island in May and the US Open heading to Torrey Pines the following month.

The Open then finally gets to take place at Royal St George’s, having been cancelled last July due to the coronavirus pandemic, with all four men’s majors exclusively live on Sky Sports Golf.

The return of the UK Swing

The European Tour used a run of six consecutive UK-based events to relaunch their disrupted season last summer, which proved such a success that they’ve put a similar “UK Swing” into their 2021 plans.

Going off the back of the Scottish Open and The Open in July, the Wales Open will mark the start of four more British tournaments in as many weeks when it’s once again held at Celtic Manor.

A new mixed event, co-sanctioned with the LPGA Tour and Ladies European Tour, will be followed by the Hero Open and English Open, with all four events having a larger prize purse than the previous Race to Dubai season.

Record year ahead in women’s golf

Five majors and the Solheim Cup are the headline acts in a record-breaking LPGA Tour schedule, with 34 events across three continents offering higher combined prize money than ever before.

Two separate Asian Swings return to the calendar after being postponed in 2021, with a three-tournament stretch taking place in Singapore, Thailand and China in April before four more events in successive weeks in October.

There’s also a new match play tournament pencilled in for the end of May, before the US Women’s Open comes back to its usual summer slot, while there’s a $5million purse then on offer for the season-ending CME Group Tour Championship in November.