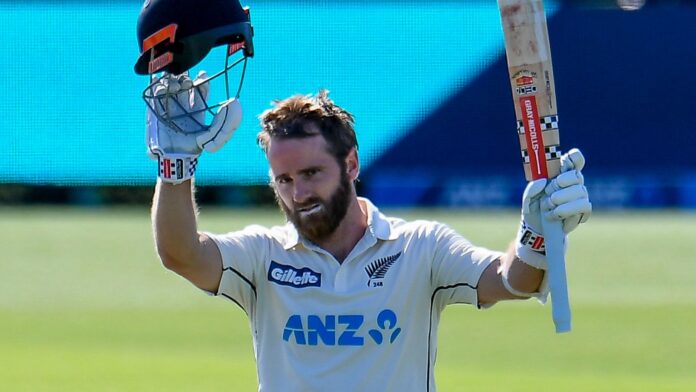 New Zealand ended day two of the second Test on 286-3, just 11 shy of Pakistan’s first innings total, after an unbroken stand of 215 between Kane Williamson (112no) and Henry Nicholls (89no) in Christchurch

Kane Williamson proved why he is currently the top-ranked Test batsman with a brilliant 112 not out to keep New Zealand on course for a handy first-innings lead against Pakistan in the second and final Test in Christchurch on Monday.

Williamson’s burgeoning 215-run stand with Henry Nicholls, unbeaten on 89, helped the hosts finish day two on a strong 286-3 in reply to Pakistan’s first innings total of 297.

New Zealand are already 1-0 up in the series and need only a draw to rise to the top of the world rankings for the first time.

With New Zealand potentially in trouble at 71-3, Williamson was initially circumspect and scored just 10 from the first 50 balls he faced.

The New Zealand captain then brilliantly paced his innings, accelerating once he notched up his half-century.

Williamson, who had scored 251 and 129 in his last two Test innings, smashed four fours in a Naseem Shah over to go from 78 to 94 en route to his 24th Test century.

“He just loves batting,” New Zealand batting coach Luke Ronchi said. “He works really hard in periods and then he’ll play these amazing shots to score his runs. He just makes the game look easy when others seem to not find it so easy.”

Nicholls got two caught-behind reprieves to remain on course for his seventh Test century with Shaheen Afridi being the luckless bowler in both cases.

Early in his innings, Nicholls was caught by wicketkeeper Mohammad Rizwan but the bowler was found to have overstepped.

On the second occasion, Rizwan spilled a regulation catch behind the stumps.