Home Culture Actress Tanya Roberts is still alive, according to her publicist 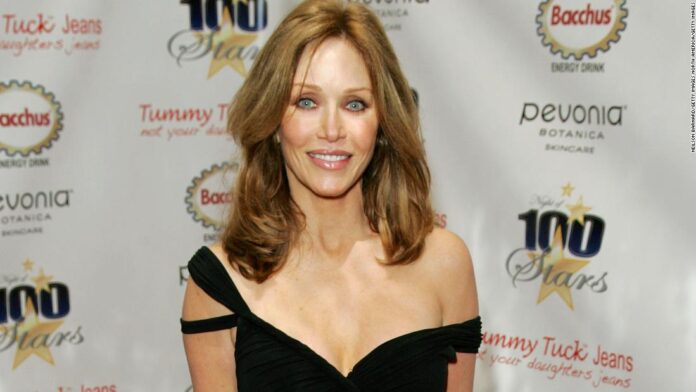 Pingel said he was notified Sunday evening by Roberts’ longtime partner, Lance O’Brien, that Roberts had died.
In a phone call Monday evening, O’Brien told CNN he was distraught after saying goodbye to Roberts at her bedside and left Cedars-Sinai Medical Center believing it would be the last time he saw her.
On Monday morning, O’Brien was notified by the hospital that Roberts is still alive, according to Pingel and O’Brien. They said it was a coincidence that O’Brien was doing an interview with Inside Edition when the hospital called.
“I’m so happy,” O’Brien told Inside Edition when he got the call.
Roberts was hospitalized in Los Angeles on December 24, after she collapsed at her California home following a walk with her dogs. She remains in critical condition, according to Pingel and O’Brien.
Roberts’ career in television and film spans more than 30 years.
She played geologist Stacey Sutton in ‘A View to a Kill,’ opposite Roger Moore and appeared in “That 70s Show” as Donna Pinciotti’s mother.