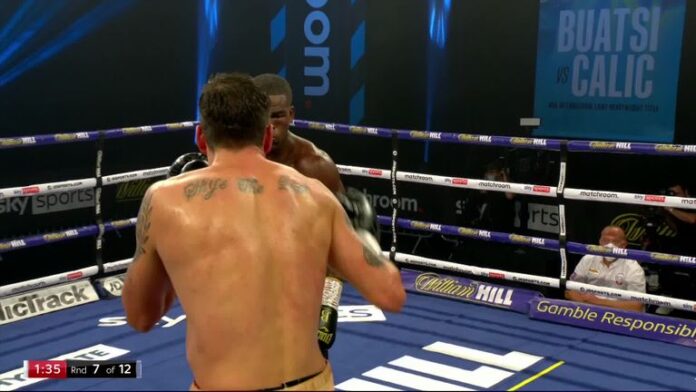 Craig Richards: “It was very frustrating when I hear them mention the best light-heavyweights and my name is left out.” The new British champion could be on a collision course with Callum Johnson and Joshua Buatsi

Craig Richards has questioned whether he will receive the same recognition as Joshua Buatsi after claiming the British title with a destructive knockout victory.

The south Londoner ended a year-long absence with an emphatic victory over Shakan Pitters, sealing his stoppage victory in the ninth round to secure the British light-heavyweight belt last month.

‘Spider’ Richards believes he has been harshly overlooked in the domestic division, despite equalling the achievements of rivals such as Buatsi and Callum Johnson.

“It was very frustrating when I hear them mention the best light-heavyweights and my name is left out,” Richards told Sky Sports.

“As I’ve said before, there is no-one in this mix who has had good wins like I’ve had. All household names, been the underdog at the bookies three or four times, and pulled it off.

I think there is two people who have achieved as much as me – Johnson and Buatsi, but no-one has achieved more than I have.

“I don’t think anyone in the division has had those sort of fights, had those sort of wins. There’s no-one who has achieved more than me in the light-heavyweight division, winning the WBA Continental and the British.

“I think there are two people who have achieved as much as me – Johnson and Buatsi, but no-one has achieved more than I have. I don’t understand how these people are mentioned without my name being in that mix.”

Buatsi has previously been linked with fellow Brit Anthony Yarde, although a potential fight appears less likely after the Hackney man suffered his second career defeat to Lyndon Arthur in December.

Richards admits his name will naturally now be mentioned with Buatsi, particularly as they have both broken into the world rankings.

“I think people probably would, because we’re both under the same promotional company, we’re both light-heavyweights, we’re both ranked high in the WBA,” he said.

“I’m not sure, I just leave that down to them. I’m not sure who they are going to link my name with, but I definitely should be linked in that top list.”

With or without Buatsi in his future plans, the 30-year-old is confident he can continue his climb towards the division’s world champions this year.

“That’s always been the goal, to be world champion, so that’s what I want to work towards,” said Richards.

“When you get big domestic wins, you don’t really push that far up the pecking order.

“Fringe world level, that’s where I want to start pushing towards, so I can start making a dent in the division and start getting towards a world title.”