Home Sport Dolphins to stand by Tua as starting QB 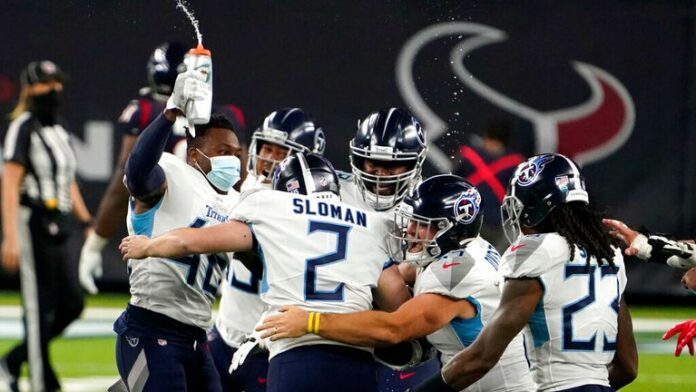 Miami Dolphins are sticking with Tua Tagovailoa as starting quarterback in 2021, despite a disappointing performance from the rookie in their season-ending loss against Buffalo Bills.

Tagovailoa threw three interceptions in the team’s must-win game on Sunday as Miami (10-6) missed out on the playoffs.

Tagovailoa went 6-3 as a starter after coming in for Ryan Fitzpatrick in Week 8 but was benched twice by coach Brian Flores late in the season and replaced with the veteran Fitzpatrick, who was unavailable in week 17 after testing positive for coronavirus.

With Fitzpatrick, 38, becoming an unrestricted free agent in March and Miami holding the No 3 and No 18 picks in the 2021 Draft, there has been speculation that the Dolphins could look for another first-round quarterback.

“We want to be clear that Tua is our starter and we’re very happy with his development so far,” Dolphins’ general manager Chris Grier said on Tuesday.

“He did a nice job this year coming in as a rookie with no offseason and the challenge in dealing with all that. Very happy with him and looking forward to watching him progress here over a (full) offseason going into next year.”

Tagovailoa, who the Dolphins took with the No 5 pick in the 2020 Draft, completed 64.1 per cent of his passes for 1,814 yards and 11 touchdowns against five interceptions.