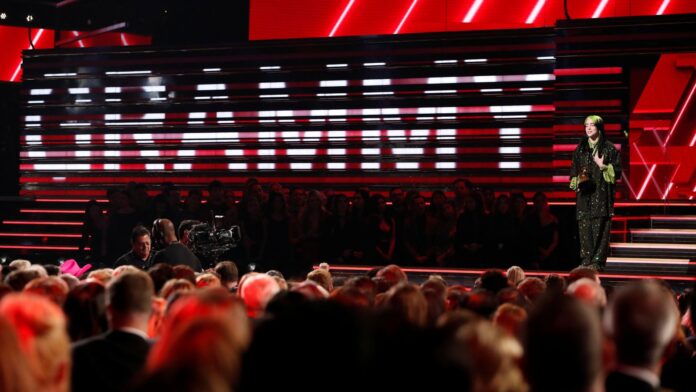 The Grammys has been delayed because of a surge in COVID-19 cases in Los Angeles.

Dubbed the biggest night in music, it had been due to take place on 31 January, but a new date of 14 March has now been set.

The Recording Academy, the body which oversees the Grammys, said the raging pandemic in Southern California meant a postponement was “the right thing to do”.

In a joint statement, the Recording Academy and CBS said: “After thoughtful conversations with health experts, our host and artists scheduled to appear, we are rescheduling the 63rd Annual Grammy Awards to be broadcast Sunday, 14 March, 2021.

“The deteriorating COVID situation in Los Angeles, with hospital services being overwhelmed, ICUs having reached capacity, and new guidance from state and local governments have all led us to conclude that postponing our show was the right thing to do.

“Nothing is more important than the health and safety of those in our music community and the hundreds of people who work tirelessly on producing the show.”

Los Angeles County is in the grip of a deadly wave of the virus. On Monday, more than 9,000 new cases were reported.

More than 11,000 people have died in the county since the pandemic started – while there have been more than 841,000 total cases reported.

Eric Garcetti, Los Angeles mayor, said on Sunday a person is being infected every six seconds.

The Los Angeles County Department of Public Health has urged the film and TV industry to pause production amid the latest surge.

Los Angeles has imposed a mandatory 10-day quarantine on anyone who travels into the area from outside Southern California, while much of the wider state is under a stay-at-home order.