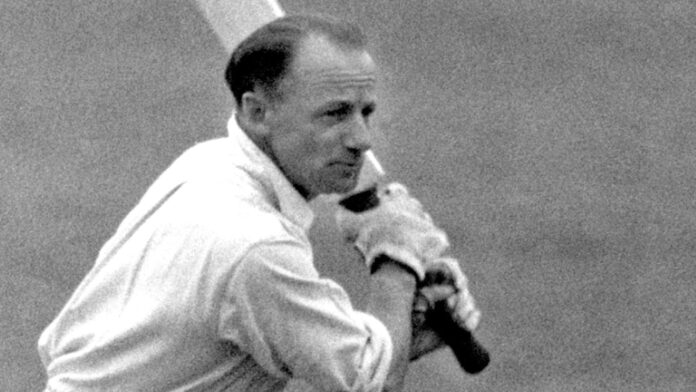 Sky Sports statistician Benedict Bermange uses his cricket simulator to settle the argument over who is the greatest Test team of all time. In our second quarter-final, Don Bradman’s 1948 ‘invincibles’ come up against the might of Ali Bacher’s 1970 South Africans…

Another ‘Extra Test’ was required, but Don Bradman’s 1948 ‘invincibles’ sealed their place in the semi-finals of the Greatest Test Team tournament with a 3-2 win over Ali Bacher’s 1970 South Africans.

The first Test ended in a high-scoring draw with Keith Miller making 117 for the Australians who batted first and made 318. South Africa were led in reply by Graeme Pollock’s 166 and Lee Irvine’s 113, who shared a fifth-wicket partnership of 171 to enable a first-innings lead of 129. However, the Australians fared better in their second innings to declare on 421-2 with centuries for Arthur Morris and Don Bradman, setting South Africa 293 to win. They were soon in trouble, falling to 95-5 but Trevor Goddard held firm, ending on 88 not out to lead the side to recovery.

The Australian seamers gave their side an early advantage in the second Test, dismissing the South Africans for just 170 and then it was the Arthur Morris show. He carried his bat through the Australian innings for an unbeaten 209, made in eight-and-a-half hours to help them reach 414, a first-innings lead of 244. South Africa’s second innings was a more solid effort, but despite useful contributions, no-one managed more than 56, with leggie Doug Ring taking 4-69. That set Australia just 61 to win, which they achieved without loss.

In the third Test, South Africa’s famed lower order lifted them out of trouble, with half-centuries from Tiger Lance and Denis Lindsay enabling a recovery from 196-6 to 423 all out. But on an easy-paced pitch, the Australian top-order were soon piling on the runs. Centuries from Sid Barnes and Bradman led them to 404-2 before a collapse to Trevor Goddard saw them all out for 508. Bill Johnston and Ray Lindwall then shared all 10 South African second innings wickets to rout them for 195 and leave Australia just 111 to win. Barnes and Bradman saw them to victory after the early loss of Morris.

Two down with two to play, Graeme Pollock was the lone fighter in South Africa’s first innings of the fourth Test, making 121 out of 232 all out. However, Peter Pollock then took four cheap wickets to bowl Australia out for 139. Clearly batting on a different pitch to anyone else, Pollock made 113 second time around to leave Australia 386 to win. They came close, with Lindsay Hassett nearly bringing a miraculous victory, but when Bill Johnston became Trevor Goddard’s fifth wicket of the innings, South Africa were victorious by 34 runs.

Arthur Morris continued his sparkling run of form in the fifth Test, making 158 of Australia’s 339 all out as Mike Procter roared into action, taking 7-86 in 29.1 overs. Pollock then scored a third successive century, making an unbeaten 169 as South Africa gained a first-innings lead of 54. Bradman’s 185 was the standout performance of the Australian second innings, but he had little support as Procter again came to the fore, with six more wickets to give him 13 in the match. His efforts enabled a target of 254 to be set, which was achieved with ease thanks to 80s from Goddard and captain Ali Bacher.

And so to a sudden-death, sixth Test match. Lindsay Hassett anchored Australia’s first innings of 452 with an innings of 110 before Ray Lindwall took five wickets to bowl South Africa out for 257. A second wicket partnership of 191 between Morris – who made 98 – and Bradman – who ended unbeaten on 127 – enabled a declaration setting South Africa 453 to win. They never got close, as five more wickets for Lindwall, ably supported by the rest of the bowling troupe, bowled the South Africans out for 210 to bring victory by 242 runs and a place in the semi-finals.