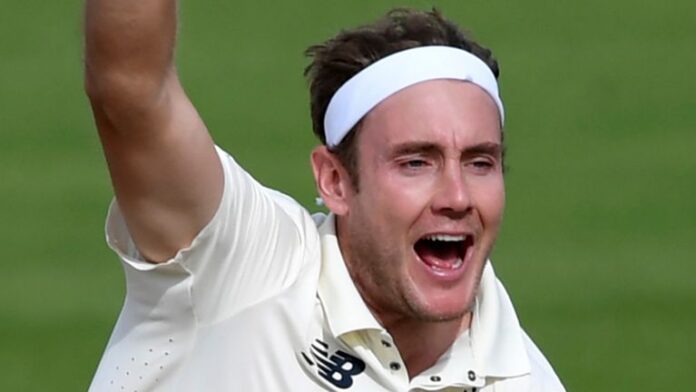 England’s talented line-up is building into a force to compete for the Ashes in Australia next winter, says Stuart Broad.

Series against Sri Lanka, India (twice) and New Zealand – subject to confirmation – precede that challenge and Broad told The Hussain and Key Cricket Show that England are in a “really good place”.

“The exciting thing for England is that there is almost like an armoury of fast bowlers and a great group of young batsmen coming through,” said Broad, ahead of next week’s first Test in Sri Lanka.

“You look at the Test series coming up and you’ve got your bankers like Ben Stokes and Joe Root, who will consistently score you great runs but then you’ve got guys with quite consistent track records in scoring big runs like Dom Sibley, Ollie Pope, Zak Crawley coming through.

“Not a huge amount is expected of these guys in Test cricket but they are delivering big hundreds. That’s a really good place for a Test side to be.”

England start the Test year without the services of rested all-rounder Ben Stokes and paceman Jofra Archer, while opener Rory Burns is absent to attend the birth of his first child and Pope continues to recover from a shoulder operation.

Broad said the squad changes give some of England’s emerging players to push their longer-term claims for a Test spot.

“In my little bubble here in Sri Lanka I’ve been bowling in the nets with Saqib Mahmood and Ollie Stone,” he said.

“Both offer very different things. Stone is very quick and swings the ball away nicely and bowls a really heavy ball.

“Saqib has still got really good pace but has different skills with reverse skills and is still developing. Both of those have got a huge amount of talent. They are the two I’ve seen the most of in the past few months.”

But Broad and long-time opening partner James Anderson fully expect to be leading England’s attack come the Ashes in the winter and the former says that India have offered some pointers in their current series against Australia on how to build pressure Down Under.

“India have played some brilliant cricket there and when I’ve watched their bowling in particular they’ve really controlled their economy rate,” said Broad.

“It looks like they’ve bowled very tightly with the new ball and held that pressure from 10-30 overs and once you get a wicket, Australia are only 60 or 70-3 instead of creeping along at three-and-a-half-an over.

“If you can keep your economy rates at two or two-and-a-half an over you can build pressure that way.”

It’s 10 years since England secured a famous 3-1 victory in Australia off the back of a phenomenal batting display featuring hundreds from Alastair Cook (three), Jonathan Trott (two), Ian Bell, Kevin Pietersen, Matt Prior and Andrew Strauss.

Broad played two Tests in that campaign and it convinced him that for all the damage bowlers can do in Australia, the batsmen have to put runs on the board.

“The 2010/11 tour was a prime example; look at how many English batsmen scored hundreds there. It was fantastic viewing.

“I really have a great sense that this England Test team is building a batting line-up that can go and compete in Australia and score big hundreds and big first-innings totals that any bowling attack can bowl to.

“It’s unlikely that you are going to use the same bowling attack for five Tests over there – you can rotate and keep people fresh – but if your batting line-up can consistently bang out 400, you’re going to apply pressure onto that Australian batting line-up.”

Anderson bagged 24 scalps on the 2010/11 tour but was quick to point out the impact that Graeme Swann’s 15 wickets had on the tour and said that the role of the spinner remains key.

“If you look at Australia’s success, the seamers will get the plaudits more often than not but look at the job that Nathan Lyon does.

“He holds up an end and he will take wickets in the second innings if the pitch deteriorates. Similarly with India – Ashwin has played a big part in their success in this series, partly in a holding role and partly as an attacking role as the wicket deteriorates.

“So it is a balance of everything. We need to make sure that we’ve got all of our bases covered and we have at the minute. We’re fortunate that we’ve got some fantastic bowlers at our disposal and I suppose it’s just about getting the balance right once we get to see the wickets that we come up against.”

Watch the first Test between Sri Lanka and England live on Sky Sports Cricket from 4am on Thursday January 14 and follow the action across our digital platforms.