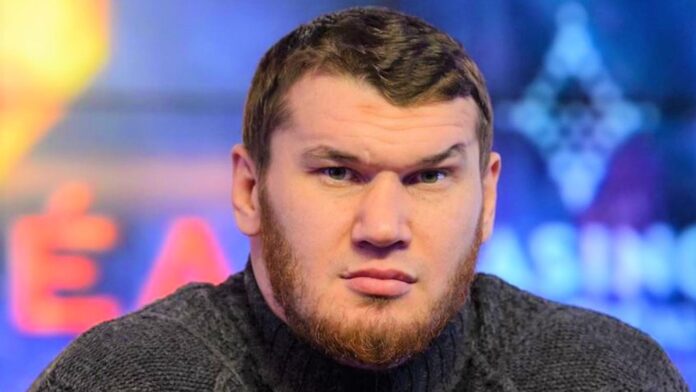 Arslanbek Makhmudov’s promoter: “We would love Arslanbek to fight a champion but now they are all fighting each other.” The Russian heavyweight has earned a fearsome reputation after winning all of his 11 fights by knockout

Arslanbek Makhmudov wants to unleash his knockout power on Joe Joyce as he attempts to stake his claim for a world heavyweight title fight.

The unbeaten Russian, nicknamed ‘Lion’, is preparing to resume his destructive career after a first round knockout of Dillon Carman in his last fight in October.

Makhmudov, who has stopped all of his 11 opponents, is now targeting an explosive encounter with Joyce as he seeks to gain the attention of Britain’s two world champions, Anthony Joshua and Tyson Fury.

“We expect Arslanbek to be back in action in March in the USA,” Makhmudov’s promoter Camille Estephan told Sky Sports.

“Everything depends on how the situation will be according to the Covid-19 pandemic.”

Reflecting on Makhmudov’s win over Carman, Estephan said: “I think that he showed that he is in a league of his own and that he is ready for the top guys in his division.

“We have to go through the process to get him there because nobody wants to fight him right now.

“We would love Arslanbek to fight a champion but now they are all fighting each other. Joe Joyce is the one we want next.”

Joshua and Fury are currently in negotiations for an undisputed world title fight, which will see one champion emerge with the WBA, WBC, WBO and IBF belts.

Estephan says Makhmudov is determined to line up a shot at the Joshua vs Fury winner, telling Sky Sports: “Arslanbek will be watching for sure.

“He is training and he is in very good shape. He is ready to do everything he can to take those titles one day.”

Makhmudov has already displayed his threat in the amateur ranks with a string of impressive victories, including a dramatic one-punch knockout of Mihai Nistor, a former conqueror of Joshua.

“Arslanbek was the No 1 contender for the World Series of Boxing, and in that series he had a fight against Mihai Nistor, who was the last guy to knock out Anthony Joshua [as an amateur],” Estephan told Sky Sports last year.

“It was a very, very tough fight. He took a lot of punches from Nistor and then knocked him out with 10 seconds to go.”

The 31-year-old also holds a points victory over Mahammadrasul Majidov, who defeated Joshua in the final of the 2012 World Championships.

Italy’s Guido Vianello is another fighter who felt the force of Makhmudov’s punches as he suffered a stoppage loss in the World Series of Boxing.