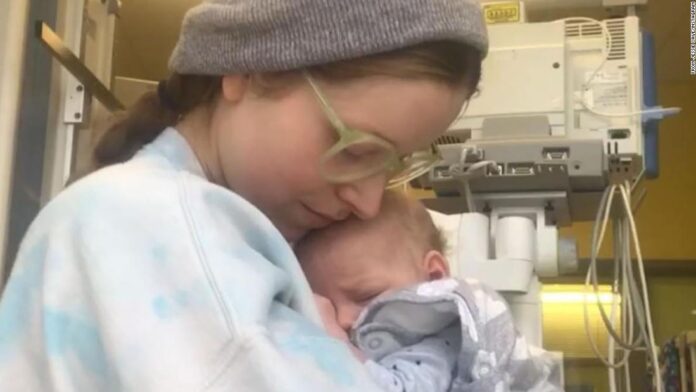 Cave said her newborn had tested positive on Tuesday, sharing an image of him in a hospital bed as the UK went into a third coronavirus lockdown.
But on Thursday she told followers on Instagram: “Baby is home now. Thank you for all the well wishes and messages of support. Be safe everybody.”
Cave thanked staff at the Chelsea & Westminster Hospital and shared a number of pictures and videos showing her child’s stay there.
She had earlier said: “I watched the news about lockdown from an isolated room in hospital. Poor baby is covid positive. He’s okay and doing well but they are being vigilant and cautious, thankfully.”
“This strain is super powerful and contagious so I do hope that people take extra care in the coming weeks,” Cave added.
The actress and comedian played Hogwarts student Lavender Brown in the final three “Harry Potter” films, and more recently appeared in the TV series “Trollied.”
She gave birth to her third child in October, and wrote on Instagram that the birth was “extreme” and that the child was placed in the neonatal unit following his arrival.
The UK is in lockdown until at least mid-February as new cases and deaths soar.