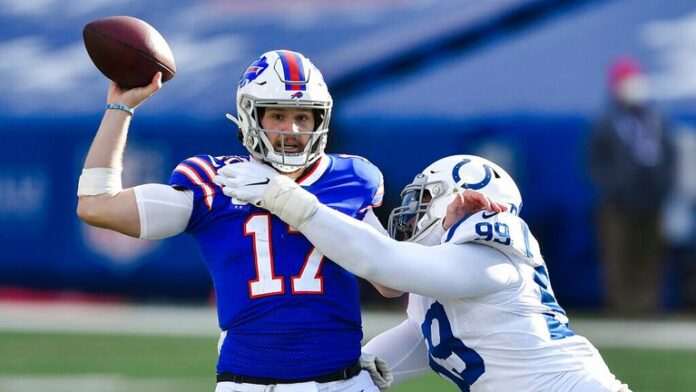 Veteran quarterback Philip Rivers signed a one-year, $25m deal with the Indianapolis Colts last March. He is now faced with a decision over his future following the team’s Wild Card Weekend defeat to the Buffalo Bills.

Philip Rivers remains undecided over his future having potentially played his final snap in the NFL as the Indianapolis Colts were beaten by the Buffalo Bills in Saturday night’s Wild Card match-up.

The 39-year-old, who is approaching the end of the one-year $25m deal he signed with the Colts last March, threw for 309 yards and two touchdowns against the Bills as Indianapolis fell just short in their effort to overturn a 14-point deficit.

Rivers was brought in to help Frank Reich’s side reach the postseason after Jacoby Brissett had led the team in 2019 following the shock retirement of Andrew Luck.

“No, it’s not that easy,” Rivers said postgame when asked if he had made a decision on his future. “I don’t go this route with an answer often, but I think this probably sums it up. Whatever God’s will is for me and my family, if it’s here in Indy playing another year then we’ll be here.

“And if it’s not, I’ll be on the sidelines with a ball cap coaching the heck out of a high school football team down in south Alabama.

“Whatever God’s will is is what I want to happen, and I’ll be fine with that. Obviously, if I go on and on with that answer, it’ll be nothing but a bunch of emotion talking. At the end of the day, that’s clearly what will guide the decision.”

Rivers’ arrival in Indy saw him reunite with head coach Reich and offensive coordinator Nick Sirianni following their time together with the Chargers, with the move bearing the traits of one final bow.

His potential departure raises the question as to how the Colts will approach the upcoming offseason, with Carson Wentz, Sam Darnold and Matthew Stafford among those that could be on the search for a new team.