Home World She helps Google workers be productive. Here are her pro tips 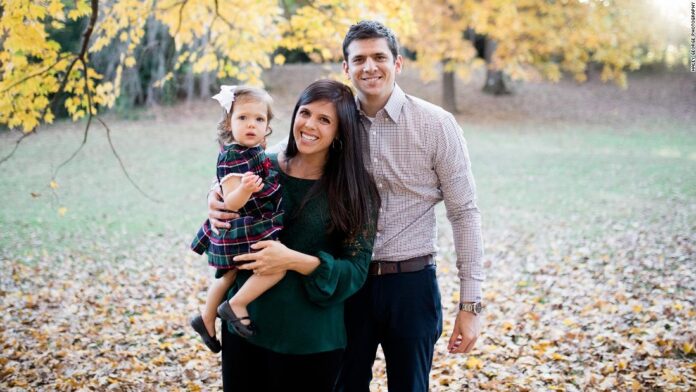 Whether we’re working from home or still going into the workplace, many of us have struggled to stay as productive as we were before the pandemic.
Google said last month that its employees won’t be returning to the office until September. That means the company will have to make a concerted effort to keep its workforce motivated and effective.
CNN Business spoke with Google’s executive productivity advisor Laura Mae Martin about how employees can stay focused and be more efficient when working from home. Here’s what she had to say:
(Editor’s note: This interview has been edited for clarity and length. This conversation took place before Google employees announced they had formed a union. Google’s director of people operations said the company supports the employees protected labor rights. “But as we’ve always done, we’ll continue engaging directly with all our employees.” But Google and Martin didn’t offer any further comment on that news.)

How has your role evolved since the shutdowns began in March?

Productivity was always a focus at Google and I think when [the pandemic] happened, it just kind of shifted what that means, what that looks like.
People are so used to being productive at work, but how does that look at home? Right away I developed my top tips for working from home and how to have that same sort of stride that you hit in the office:
Pick a work spot. There are scientific principles that show that when you are sitting in the same spot and you have the sights, smells and sounds of a location, your brain constantly goes back to what you were thinking about in that spot. So even if you don’t have a home office, even choosing the same chair in your kitchen over and over will start to help your brain to get in that place. Similarly, you want to pick spots where you never work. If you never take your computer into your bedroom, you’ll start being able to relax more in your bedroom because you’ve created that boundary.
Which ‘race’ are you running? There are two groups of people from what I’ve seen. You have the person who is like: ‘Wow… I am kind of in a place where I have more time than I ever have. I am just working all day from home.’ That person I call a marathon runner. They have this long extended day — they really need to think about burnout, about structure, about pacing themselves. Then you have the sprinters, which I am one of those. I have young kids, they are home from school. I am working in little spurts. I have less time than I’ve ever had.
You want to think about how your race is going to be affected by working from home. How you can be more productive and what races the people on your team are running. If you are a marathoner you might be able to have a meeting at any time of the day. But your teammate might be sprinting so it might be better to ask them when is the best time to meet.
Plan ahead. I have a daily plan I make for each day the night before. It makes you so much more accountable if you have an hour-by-hour schedule because it eliminates that ‘I am sitting down, what should I work on, what should I do?’ It is a contract to yourself.
Embrace the ebbs and flows. We all have these natural circadian rhythms. They drive our sleep, whether we are a night owl or an early morning person, when we have energy — and that goes into productivity, too. Everyone has these peak bursts of productivity — and they’re not the same. This is kind of a chance to ask yourself: Am I the kind of person that, without a commute, can wake up and do some email and I enjoy a mid-morning workout? Or would I like to take a break in the afternoon and go for a walk, where that might not be feasible in the office? Figure out what your ebbs and flows are and that is something you even apply when you go back to the office.

What would you tell people who are overwhelmed with their email?

First, I tell people to get anything out of their inbox they don’t need to see. Even if you don’t open an email, seeing an email uses a little piece of your energy. So if you are on aliases that you don’t need to be on, anything from a past job, any newsletter you don’t need to see, take time to create a couple rules or filters and get those out of there. One nice way is searching for the word “unsubscribe” because that is usually an indicator it’s not sent directly to you.
Two, anything you do need to see and needs to be important — like emails directly from your manager to you — have those show in a certain way. Have the [email] pop up with a star, flags, anything you want. Maybe your boss emails the whole org, that should look different than your boss emailing you.
The final step…is to think about your laundry. Think of your dryer as your inbox: put your emails into piles, saying this is something I need to do later or I need to fold. This is something I am waiting on a response from or something I need to hang. Put everything in piles, and then do the basic definition of batch-tasking — you fold, fold, fold or you respond, respond, respond in a certain time and you put them all away at once. That is how I think of inbox zero. It’s dryer zero. It’s not, ‘I’ve addressed every single thing and I am done’ because that is unrealistic. But it means I’ve sorted everything and I know what I need to do, and I have it in piles so that my future self can do it quickly.

How can a person know if they are actually being productive versus just working all the time?

There is this misstep that the more hours you work the more productive you are. I think productivity is a little different than efficiency or output. You want to think: Did I set intentions, did I complete them and did I do them well?
So all those things are important. What it comes down to is the planning piece. In that daily plan I actually have a box at the top that says “tomorrow will be successful if…” What is that? There is always going to be more, always going to be new things, but you’re really thinking about: What are my plans, what can wait and what am I accomplishing? It’s more about defining what your goals are to know if you hit them.

What mistakes do people make when they think they are being productive?

The number of hours you work does not always equate to the output. A lot of times it is a negative effect if you are working way too many hours. People are having so many more meetings because they are not getting those touch points at work. But you also want to think about being in meetings constantly all day — is that really the goal for your job?
People think of downtime or white space or think time as unproductive time, whereas really it’s like pour-over coffee where the longer you let these ideas and conversations soak in, it’s going to be much, much richer. And so having breaks, having downtime, having days off, all those things actually propel you forward.

Do you think companies will be more flexible with how we work and scheduling?

There are some companies that have had that mindset where your ultimate goal is your output each quarter or whatever it is you are being measured on. But I think more traditional companies may have a 9-to-5 mindset. This kind of shows the difference of what are you really accomplishing by having people just sit in their seats for that amount of time versus what do you want them to actually get done? And that is what we are measuring now since we don’t know when people are putting butts in seats at certain times, so I certainly think that shift will happen, it probably already has for companies that were originally having clock-in, clock-out.
I am the kind of person who works really well before 9, but after 3 I need a little bit of a break, so if I was required to be in my seat from 9 to 5, I wouldn’t be as effective an employee. I hope people are figuring out for themselves what are those ebbs and flows so that when we go back into the office they can start to tailor their schedule more toward that.

For working parents and caregivers, what is the best approach to avoid feeling overwhelmed?

For me, it’s thinking about the time that I do have, and how do I make the absolute most of it? So if you know that your kids are doing virtual school, and you have two hours, maybe that’s all you have in a day, you should be so buttoned-up on those two hours: preparing everything you need to get things done, setting yourself up, there is no sitting at the computer getting lost in your email thinking ‘Ugh I have so much to do, I only have two hours.’
So taking that time and making the absolute most of it. Doing too many things at once I think is really pulling yourself in multiple directions. So the same way we would prioritize for a brand new project, that is how you need to prioritize this. Maybe you aren’t doing everything you were before, maybe you are getting more help from others than you were before, figuring how you can fit that in in a way that still makes you feel like you can be a good parent, a good worker — all of those things versus stretched thin trying to do it all at one time.