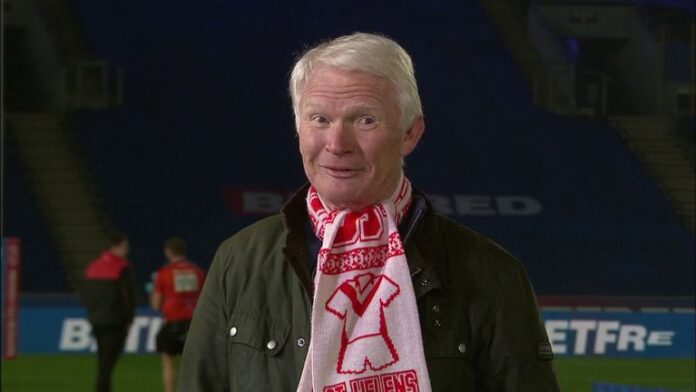 Super League: “The 2021 campaign was scheduled to begin on March 11 but following discussions with Sky Sports, Super League clubs agreed to move the season back by two weeks to increase the chances of kicking off the new season in front of fans”

Officials announced in November the new season would begin on March 11, but the latest national lockdown due to the ongoing coronavirus pandemic has forced a re-think.

Following discussions with Sky Sports, Super League teams have now agreed to move the season back to increase the prospects of starting the campaign in front of fans, which is seen as essential for the long-term survival of the clubs.

Super League says the season will still end on October 9 with the Grand Final – with the 2021 World Cup due to start a fortnight later – and talks will continue on whether to reduce the number of fixtures.

The league’s fixtures working group must now decide whether to stick with the 27-round format, which would add to the players’ workload by scheduling more midweek fixtures, or reduce the number of games.

That could put the Magic Weekend at Newcastle’s St James’ Park at the end of May under threat or, alternatively, clubs could decide to remove the four extra “loop” fixtures, even though it would mean reduced income.

“The 2021 campaign was scheduled to begin on March 11 but following discussions with Sky Sports, Super League clubs agreed to move the season back by two weeks to increase the chances of kicking off the new season in front of fans,” Super League said in a statement.

“Super League will continue to review the fixture schedule, details of which will be released at a later date. It can confirm that there is no change to the season end date, with the Betfred Super League Grand Final to be played on October 9 at Old Trafford.”

Super League will continue to review the fixture schedule, details of which will be released at a later date

Despite the later start, it seems inevitable that matches will initially once more be played behind closed doors and in double or triple-headers at Covid-secure stadia, and fixtures are set to be backloaded in the hope that the more attractive matches can be played in front of fans.

All Super League clubs, with the exception of Catalans Dragons, have returned to training and are undertaking Covid-19 testing but some are still awaiting the arrival of overseas players.

Meanwhile, the Rugby Football League (RFL) also postponed the fixtures announcement for the Championship and League 1 as well as the draw for the first two rounds of the Challenge Cup.

The cup is due to get under way for the second and third-tier clubs on the first weekend of March, with Super League sides entering in the fourth round on the weekend of April 10.

Betfred Championship clubs have been cleared to start pre-season training this weekend but only on a socially-distanced basis and have agreed to put back the big kick-off, while League 1 clubs will now not start playing until late spring.

The Championship season was due to start on the last weekend of February but the RFL says clubs agreed at a virtual meeting to delay it by “several weeks” due to the continuing problems caused by the pandemic.

The RFL last week ordered a pause in the return to training in response to the latest lockdown but Championship players can start on Saturday at stage one plus, which permits socially distanced (non-contact) training outdoors, with the intention of moving to stage two with contact training allowed from February 1.

League 1 clubs will be cleared to begin a similar staged process in February – with all clubs at each level required to satisfy the RFL that they are able to meet strict conditions regarding testing and biosecurity.

RFL chief executive Ralph Rimmer said: “We have been grateful to our clubs throughout the last 10 months for their responsible and constructive approach to such a challenging period for all and Wednesday’s meeting was another example of that.

“There remains a desire and determination from the RFL as well as clubs to get back on the field as soon as is safely possible. However there is also a recognition of the need to be responsible at this time.

“A staged return to pre-season training, after the short pause advised last week, followed by a staggered start to the Betfred Championship and League 1 seasons, represents the best way for us to combine this responsibility with other priorities of player welfare and the financial sustainability of our clubs.

“This approach extends to the academy and scholarship programmes, which are so important to the future health of the game as well as the mental health of the youngsters involved.”