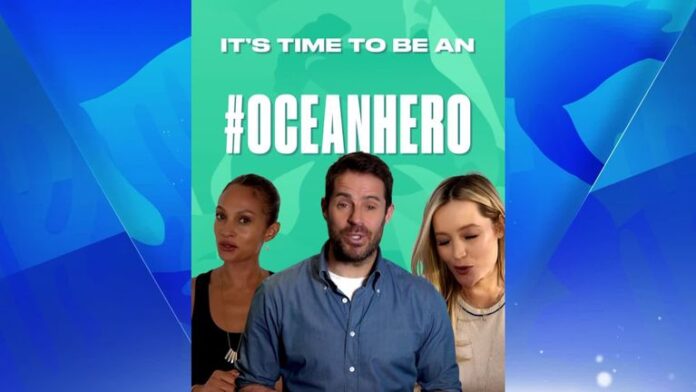 Sky Sports Premier League expert Jamie Redknapp is among a group of Sky Sports stars supporting a joint campaign from Sky Ocean Rescue and World Wide Fund for Nature (WWF) to promote ocean health as a key part of the fight against climate change.

Redknapp as well as Sky Sports golf presenters Nick Dougherty and Sarah Stirk, boxing presenters Anna Woolhouse and Johnny Nelson, a host of Sky Sports News presenters including Hayley McQueen and I’m a Celebrity and BBC Sounds presenter Laura Whitmore – have been posting their #oceanselfies across Instagram to share their support for the campaign.

The campaign seeks to invite its Ocean Heroes and the British public to take actions that make a difference in their own lives, whilst calling on all UK governments to work together and create a world-leading UK ocean recovery action plan to bring our seas back to life.

The Ocean Hero campaign is designed to show people everywhere that they have the power to make an impact on such a big issue and, in doing so, inspire them to advocate for bold government policy change.

It aims to encourage millions of people to start taking action for our oceans now.

How can you get involved?

Now Sky Ocean Rescue and WWF are inviting you to become an Ocean Hero and join our fight to support ocean recovery.

There are lots of ways to get involved and become an Ocean Hero – from taking a fun quiz to discover how your personal ocean superpower can help and sharing your latest ocean selfie to signing a petition calling on the government to commit to an ocean recovery strategy.

To find out how you can become an #OceanHero visit the WWF Ocean Hero site or you could also take the Ocean Hero Quiz.

•    The Ocean is an unsung hero in the fight against climate change absorbing over 1/3 of all carbon dioxide emissions ever produced by humans.

•    Over 12 years ago the UK government committed to healthy seas by the end of 2020. However, right now less than 1% are properly protected.

•    In 2019, our seas failed to meet government standards on good environmental health against 11 out of 15 indicators, including those relating to birds, fish and seabed habitats.

•    However, a new report from Sky Ocean Rescue and WWF has found that taking action now to put UK seas on a path to recovery could bring additional benefits worth at least £50 billion by 2050. (embargoed until 14th January)