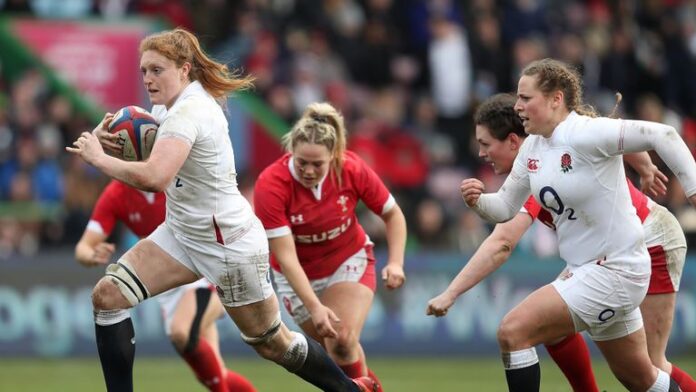 French government blocked Top 14 clubs from competing in cross-border competition this month due to fears over new strain of coronavirus; remaining two pool rounds were initially postponed but Premiership Rugby chief executive Darren Childs says they have now been abandoned

Europe’s final two rounds of group matches will be cancelled with the Champions and Challenge Cups moving straight into the knockout phase, Premiership Rugby has confirmed.

The French government has blocked the Top 14 clubs from competing in cross-border competition this month due to its fears over the Kent strain of coronavirus, which has sent the number of cases in England soaring.

The remaining two pool rounds were initially postponed but PRL chief executive Darren Childs says they have now been abandoned because of the lack of space in an already full schedule.

Tournament organisers EPCR will decide within the fortnight what format the competitions should take, with a knockout phase launched by a round of 16 the likely option.

“The decision was made very quickly by the executive at EPCR that we would not try to reschedule those games,” Childs said.

“We have a tough season. There’s no space at the end of the season because of the Lions and we have no spare weekends in our season once we resume.

“To play European rounds when the Lions is taking place would have been very damaging to the European tournament. So it was decided very quickly by all three leagues CEOs that we would complete the tournament in the four remaining weekends.

“Everyone is managing their domestic and international calendars to the best of their ability. The exact structure has not been agreed and we’ve already started those discussions.”

Upon learning of the French government’s decision on Monday, PRL opted to implement a break rather than bring forward Gallagher Premiership fixtures to fill the empty weekends.

The decision not to change the league’s existing schedule was made to protect the welfare of players and staff, especially on the medical side.

“We’ve had 70 players in the last three weeks who have tested positive for COVID. In that period of time we lost five games,” PRL director of rugby Phil Winstanley said.

“It made absolutely no sense to bring games forward from later in the season to this period, when COVID is at its highest prevalence and highest risk.

“Moving them forward would give us the biggest chance of losing those games and determining the outcome by allocation of points. That made no sense.

“From a public health perspective, you’ve seen in the last 24 hours serious concerns about sport at the moment and how it’s portraying itself.

“By not moving games, this has presented the opportunity to give ourselves a break and support the health and welfare of some of the players.”