Home World The US box office just had a horrible year. 2021 may not... 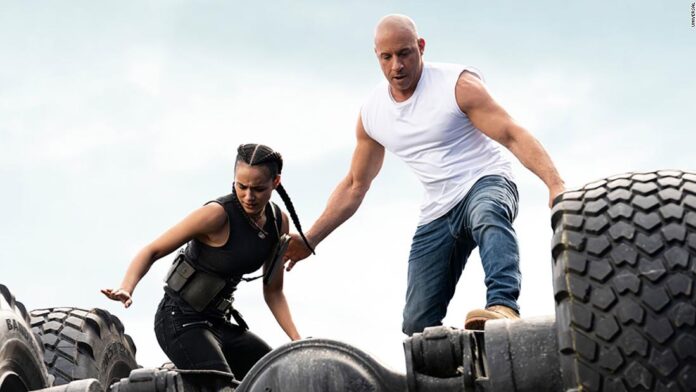 The domestic box office, which includes the United States and Canada, ended 2020 with $2.2 billion in revenue, according to Comscore (SCOR). That’s a massive 80% drop from 2019’s nearly $11.4 billion North America box office.
Now, with vaccines being implemented, there’s hope that marquees could be lit up and theaters might once again be packed with people eager to watch films from someplace other than their couches.
However, 2021 remains a big question mark in Hollywood. Things could still get a lot worse before they get better.
“What will eventually be great about 2021 is that our society will inch closer to stamping out the virus. That will inevitably bring stability to the film industry, which should rebound in a big way theatrically,” Jeff Bock, senior analyst at entertainment research firm Exhibitor Relations, told CNN Business. “The difficult part is nailing down exactly when that will occur.”

Vaccines to the rescue?

The World Health Organization said Tuesday that herd immunity probably won’t be achieved in 2021. That’s terrible news for an industry that’s been virtually destroyed by the outbreak, Bock said.
“That means wearing masks and staying out of confined spaces may end up lasting all year, which would likely force studios to pull a ‘Warner Bros.,’ he said. “That’s the worst-case scenario for the box office.”
“Pulling a Warner Bros.” means releasing movies to streaming platforms at the same time they’re released to theaters, a strategy that shocked Hollywood when Warner Bros. announced it in December. (Warner Bros. and CNN share the same parent company, WarnerMedia.)
Without new films to bring in moviegoers, sales will continue to plummet, which could lead to an extinction-level event for theaters.
“It depends on how long the big chains can keep creditors at bay. Rent will certainly be due,” Bock said. “Now, AMC (AMC), Regal and Cinemark (CNK) may end up throwing in the towel regardless. And if that happens, we all know there will be suitors swooping in to purchase those cinemas at bargain-basement prices. I mean, there’s still a lot to like about the theatrical experience — especially for a company with deep pockets that is diversified.”
2020 was also a big step forward for streaming, and the shift of movies to at-home viewing is unlikely to slow down. For example, Netflix (NFLX), the king of streaming, announced on Tuesday that it would release a new film “every week” this year — a major symbol of the changing dynamics of Hollywood as well as another hurdle for struggling theaters.
“Streaming will continue to be a factor no doubt,” Paul Degarabedian, senior media analyst at Comscore, told CNN Business. “But if 2020 showed us anything, it’s that even with unlimited options at home, movie fans found a way to see films on the big screen whether at the drive-in, or in brick-and-mortar theaters.”

To delay or to go digital? That is the question

But hope isn’t completely lost for theaters. Many blockbusters delayed last year, like Marvel’s “Black Widow,” Paramount’s “Top Gun: Maverick” and Universal’s “F9,” the next installment in the Fast & Furious series, are set to open this year.
That said, “set to open” is the key phrase here.
“It’s all about the movies and the availability of theaters,” Degarabedian said. “Many of the issues that impacted the theatrical marketplace in 2020 will carry over into 2021. But thankfully a vaccine is here and once it is more widely distributed, the fortunes of the business will rise. But it will take some time and require a lot of patience.”
As the pandemic rages on, studios will have to ask themselves if they want to keep delaying major films or release the films directly in the home.
These shifts are already taking place with Sony announcing Monday that it’s pushing its supervillain film, “Moribus,” starring Jared Leto, from March to October. And according to Deadline, there are rumors that “No Time to Die,” the next James Bond film set for April, could be delayed again. (For those of you keeping score at home, this would be the third time the film has been moved since its originally planned April 2020 release.)
It’s tough to say what will happen, and even the smartest people in Hollywood aren’t really sure, but Bock is cautionsly optimistic that the pandemic will be vanquished before the credits roll on 2021.
“Hopefully, the virus will be eradicated, the film floodgates will open up over the holiday season and audiences will once again experience the power of blockbuster filmmaking on the big screen,” he said.