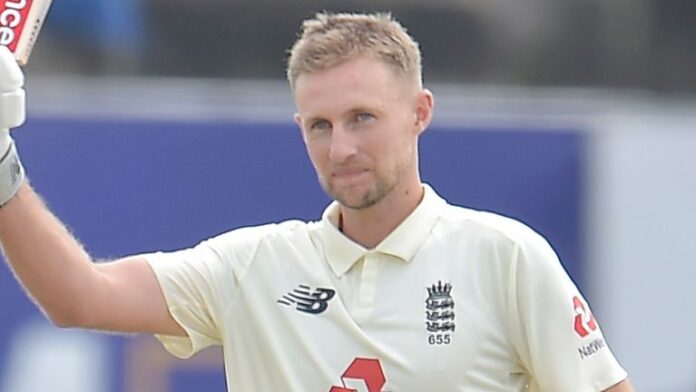 Joe Root (168no) scores 18th Test hundred as England close rain-shortened day against Sri Lanka with lead of 185; debutant Dan Lawrence impress with 73 as he shares century stand with Root, whose score is the highest for an England batsman in Sri Lanka

Joe Root delivered a masterclass in playing spin as he scored an 18th Test hundred while Dan Lawrence carded an impressive debut fifty as England continued to dominate Sri Lanka on day two of the first Test in Galle.

Root (168no from 254 balls) completed his first Test ton since November 2019, against New Zealand in Hamilton, and collected more runs from the sweep shot than he had done in any of his previous Test innings as he pressed on during the 53 overs possible around Friday’s rain breaks.

The 30-year-old shared a fourth-wicket stand of 173 with Lawrence (73no), who made an assured start to life as a Test cricketer, and Root was with Jos Buttler (7no) when a downpour meant no play was possible after tea.

Sri Lanka had batted in kamikaze fashion – in stark contrast to the serene way in which Root played, with the captain’s shot selection and footwork at the crease of the highest order as he posted the highest score by an England batsman in the country, surpassing the 151 Kevin Pietersen had managed in Colombo in 2012.

Root passed 150 for the eighth time in his Test career and will resume on day three looking to post a third Test double ton – after his 200 not out against Sri Lanka at Lord’s in 2014 and 226 against New Zealand a little over a year ago – as well as press home his side’s already huge advantage.

Day two was delayed by 70 minutes due to rain before Sri Lanka sparked a potential fightback when they dismissed Jonny Bairstow (47) once England resumed on 127-2, a deficit of only eight runs.

However, Root and Lawrence shattered any hopes Sri Lanka had of an England wobble with a huge partnership – Lawrence looking extremely composed having been settled by getting off the mark first ball.

The 23-year-old struck six fours in his 150-ball knock as well as one handsome six over long-on in the morning session which sealed his fifty partnership with Root – Lawrence holding the pose for a while after depositing Embuldeniya into the unfortunately empty stands.

Lawrence was dropped on 60 by Mendis at gully off Wanindu Hasaranga and then again on 66 by wicketkeeper Niroshan Dickwella after he had danced down the wicket and flashed Embuldeniya behind, but they were rare blemishes on a composed debut.

The right-hander reached fifty from 95 balls and would have been dreaming of three figures, only to be cut off 23 runs short when he clipped a ball from Dilruwan Perera that spat up off the surface to Mendis at short leg – reward for the fielder who took plenty of blows on the body in that position.

Root inflicted many of them with his favoured sweep shots during a clinical batting display – albeit one that Sri Lanka came close to ending from the second ball of the day with Root on 66.

The England captain was rapped on the pad by Dilruwan and the ball was set to spin back and hit leg stump but the decision stuck with the on-field umpire’s call of not out on impact.

Sri Lanka coach Mickey Arthur was also visibly frustrated when Root was given not out on 102, feeling from his position on the balcony that the England captain should have been given caught at short leg.

England man edged into the ground before ball bounced back up onto his glove and to the fielder.

The right decision was made, though, with Root reverse-sweeping Embuldeniya into the ground before the ball bounced off the pitch, brushed his glove and was taken by the close fielder.

Root had completed a 163-ball century an over earlier having been left to stew on 99 over lunch, while he went on to reach 150 from 225 balls.

The captain had Buttler for company once Lawrence departed, with Buttler close to being bowled on nought when Dilruwan got a delivery to rag back from outside off stump and fly millimetres over the stumps in the last notable piece of action on a day England took another big step towards victory.

Watch day three of the first Test live on Sky Sports Cricket from 4am on Saturday.