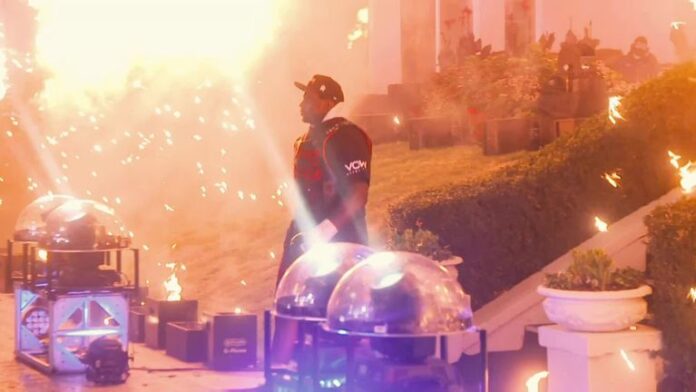 Matchroom’s 2021 line-up of shows will begin with a bang on Saturday February 13, live on Sky Sports, as undefeated IBF featherweight king Warrington faces Mexico’s Mauricio Lara, who stands in the way of ambitious plans for the Leeds man.

Warrington vs Lara on February 13, live on Sky Sports

Hackney cruiserweight Lawrence Okolie attempts to become Britain’s next world champion in just his 16th fight when he clashes with Krzysztof Glowacki for the vacant WBO crown on Saturday March 20, live on Sky Sports.

Aldridge’s Rachel Ball and Watford’s Shannon Courtenay rematch with the vacant WBA bantamweight world title on the line. Hartlepool’s Savannah Marshall makes the first defence of her WBO super-middleweight world title after her emphatic win over Hannah Rankin in October. Commonwealth middleweight champion Felix Cash fights for the first time since his win over Jason Welborn and Glasgow bantamweight Kash Farooq returns after his masterclass win over Angel Aviles.

Matchroom Sport Managing Director Eddie Hearn said: “Even in a pandemic I feel like this is the strongest start to a year Matchroom have had in a long time.

We have some thrilling main events and stacked cards that feature some of the biggest names in British boxing returning to action as we look to make a real statement in 2021.

“It’s going to be a rough ride over the next couple of months but with plenty of drama and excitement along the way. We have some thrilling main events and stacked cards that feature some of the biggest names in British boxing returning to action as we look to make a real statement in 2021.”

Adam Smith, Head of Boxing Development for Sky Sports, said: “We’re absolutely thrilled with our strongest start to a New Year as we bring you more of the biggest names in British boxing.

“The hugely popular Josh Warrington kicks off our first live show on Sky Sports, in a world title defence against Mauricio Lara, with a unification clash in touching distance.

“Josh Kelly settles his long-running rivalry with David Avanesyan, while Amy Timlin and Carly Skelly share the ring again on the same bill after battling to a draw.

“Dillian Whyte and Alexander Povetkin delivered one of the most dramatic heavyweight fights of last year and we’re expecting more fireworks in their rematch, with Campbell Hatton also making his pro debut, live on Sky Sports Box Office.

“It’s then Conor Benn’s turn to take centre stage in a crucial showdown with Samuel Vargas. Boxing is back in 2021, so get ready for more epic fights on Sky Sports.”