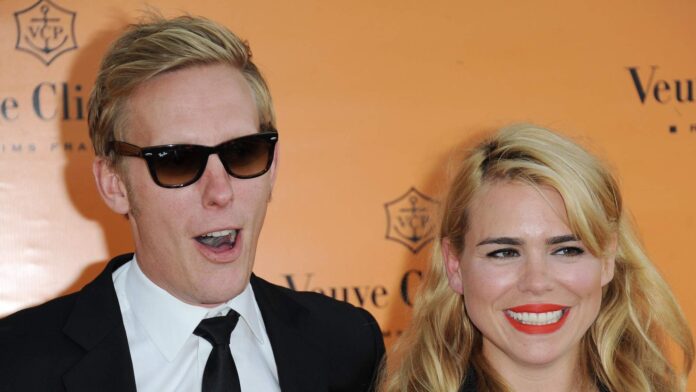 Actor Laurence Fox has been criticised after posting a photo of himself wearing a mask exemption badge which he says he bought online.

The 42-year-old has been a vocal critic of the government’s coronavirus face covering rulings and social distancing regulations.

Along with a selfie showing him wearing his new purchase, Fox wrote: “After a long period of consultation with myself, an extended review period and proper due diligence conducted with myself, I’ve received the badge that I ordered from Amazon. Thank you for being there for me.”

After a long period of consultation with myself, an extended review period and proper due diligence conducted with myself, I’ve received the badge that I ordered from Amazon. Thank you for being there for me. #anxiety pic.twitter.com/D3bp3M7kY9

The blue and yellow laminated badge, worn on a green lanyard, reads: “I am exempt from wearing a face covering”.

Smaller print below also reads: “Be kind. Keep your distance. Thank you for understanding”.

Fox signed off his post with the hashtag “anxiety”.

A pack of two similar badges with two lanyards costs around £7.99 on Amazon.

Some social media users questioned his decision as Fox did not say whether he had bought the badge due to a medical condition.

One person wrote: “Not sure at all why you (are) taking this stance Laurence but I think it’s disappointing.

“Let’s all get with the programme and not undermine the best efforts of the (government) and our people for doing the right thing. Try sending the right message out.”

However others backed up Fox’s stance, pointing out that face coverings do not have to be worn by everyone.

Face masks must be worn in the majority of indoor settings and on public transport, unless you are exempt or have a reasonable excuse.

Those who are exempt from wearing a face covering include children under 11, those with a physical or mental impairment which stops them from using a mask and those who need to communicate with someone who relies on lip reading.

People not wearing a mask do not need to show any form of evidence by law, but the government says they may “feel more comfortable” showing proof exemption. It also says a home-made sign is an acceptable exemption card.

Earlier this month, Fox criticised the government for shutting schools, and in November he ignored lockdown rules by throwing a dinner party.

The controversial actor has recently entered the world of politics himself, launching the Reclaim political party late last year after raising large sums from ex-Tory donors.

He says the party will “fight the culture wars” and “reclaim” British values.

Fox is the ex-husband of actress Billie Piper, and the son of actor James Fox and part of the Fox acting dynasty along with his brother, Jack, and cousins, Emilia and Freddie.