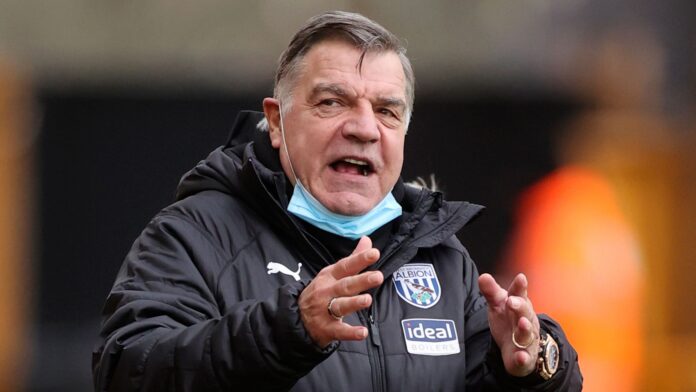 Leeds United have never lost four games in a row under Marcelo Bielsa but they will need to get a result next time out if they are to avoid that fate following a disappointing 1-0 defeat to Brighton at Elland Road. It was an uncharacteristically sluggish display, particularly given that a response to the 3-0 FA Cup defeat to Crawley was anticipated.

“It was quite surprising to see, especially after the performance against Crawley,” former Leeds striker Jermaine Beckford told Sky Sports afterwards. “I expected to see every single one of the players on the front foot, really pushing themselves to the limit, giving a performance that we are used to seeing from Leeds United: in your face and energetic.

“But we did not see that today. Although Leeds dominated possession, it almost looked like the players were a little bit lethargic, which is a little bit concerning, if I am honest.”

Leeds tried to play their usual game but while a total of 141 high-intensity sprints is well above the Premier League average it was significantly below their own. This was the fewest sprints by Bielsa’s side since the 4-1 home defeat to Leicester in the first week of November.

Bielsa spoke afterwards about the lack of recoveries in the final third denying his team the chance to sustain pressure around the opposition box and that was there in the stats. Leeds had their fewest touches inside the box in the first half of a Premier League game this season and have never managed fewer interceptions in that period either – it set the tone.

It matters too because, for all the trickery of Raphinha, Leeds’ greatest attacking weapon is not the creativity of the individuals but the system that forces the opponent into errors. Without that, the ability to really hurt Brighton was absent and a total of seven attempts in a match in which they were behind from the 17th minute reflected that lack of a cutting edge.

There is no need to panic just yet and this still represents an encouraging start for Leeds on their return to the top division. The hope will be that the 10-day break before the club’s next scheduled game at Newcastle will provide the opportunity for some rest and the return of key players. Perhaps this Leeds team can then get back to doing what they do best.
Adam Bate

Confidence is a huge issue within the Chelsea attacking ranks. Timo Werner can barely trap a ball on current form and his minutes without a goal increased to over 700 against Fulham. He cannot even get into the Chelsea side now while Christian Pulisic and Hakim Ziyech hardly did their justifications for an automatic starting berth much weight with two anonymous performances in a match that cried out for an attacking spark.

Between them they only have two goals and three assists this season – for a creative player in a top-four chasing side, that is simply not good enough.

So, surely the time is now for Callum Hudson-Odoi to be given a consistent run in the team?

It was a surprise to see his name not among the starters for the Fulham game having scored in his cameo against Manchester City before running the show and scoring in the FA Cup win over Morecambe. It was a point noted by Sky Sports pundit Wayne Bridge, who thought the England international should have been thrown on earlier as his intelligent play out wide has the ability to create space for others. Although the winning goal from Mason Mount did not involve Hudson-Odoi per se, perhaps it was not a coincidence Chelsea found their way through with the winger on the field.

A combination of injuries and lack of faith from the management means Hudson-Odoi has only started twice in the Premier League since last February. With him back to full fitness, now is the time for Lampard to show Mason Mount-like faith in the richly-talented winger.
Lewis Jones

Brighton finally see out a victory

Heading into Saturday’s game, the odds were stacked against Brighton. They were winless in nine Premier League outings and had played a game and a half more than Leeds over the preceding week, racking up the miles with trips to Newport, Manchester and now Leeds.

Despite this, they began well with some wonderful team play setting Neal Maupay up for the eventual winner, with the striker unmarked as he tapped home. However, Brighton had dropped more points from winning positions than any other side in the Premier League this season (12), and with Leeds’ usual attacking prowess, the outcome remained uncertain.

But Leeds had no shots on target in the first half, although were improved after the break. However, Brighton finally managed to see out a game with some rock-solid defending – former Leeds loanee Ben White shone against the side he won promotion with last season – and their performance finally garnered the points they deserved.

Too many times this season, Brighton have played as well as they did on Saturday but let a lead slip. It is the reason they are hovering above the relegation places despite looking confident on the pitch.

Indeed, Brighton manager Graham Potter told Sky Sports: “We know we’re fighting for points. It was important we demonstrated we’re up for that fight, we can adapt, we can play against the opposition. We’ve performed well but we haven’t got the points. Today we got three points and overall deserved the points.”

If Brighton can replicate their performance against Leeds over the coming months, they will surely secure another Premier League campaign.
Charlotte Marsh

Is the great escape on again for West Brom?

Sam Allardyce tried to keep the smile off his face after West Brom’s superb victory at rivals Wolves, but he knew deep down how big a win it was for his side.

The West Brom boss knows exactly what is required to stay in the Premier League, having not suffered relegation during his career as a manager, but he would have been starting to worry.

His first four games in the league ended without a win and defeat in the third round of the FA Cup on penalties to Blackpool further dented his side’s confidence.

But they finally have a win under their belts – and a big win at that!

Victory in the Black Country derby will give the whole club a lift and the character they showed will have boosted Allardyce too. Of course, there is still plenty of work to be done, especially with the transfer window still open.

This will give us a big boost. Not just us internally but also the fans, hopefully, can have a good weekend now we have given them something to cheer.

Allardyce will know this is only a small step and that he will need more of the same from his side from now until the end of the season. He will also need additions, but for now, he will be smiling inside as West Brom breathed new life into their survival bid.

Maybe, just maybe, the great escape is back on!
Oliver Yew

Problems mount for Wolves and Santo

Allardyce may have found it difficult to hide the smile from his face after West Brom’s win at Wolves, but Nuno Espirito Santo’s disappointment was clear for all to see and hear.

“We are not in a good moment and these are tough moments for us, but my confidence in the players won’t go away.”

The Wolves boss stood firm and threw his full support behind his players following a difficult home defeat, but behind closed doors he will be worried.

Santo’s side have conceded the first goal in each of their last nine Premier League games – their longest-ever run of conceding the opening goal in games in the competition.

It is certainly a worrying time for everyone associated with Wolves. They do have points on the board – they are 10 points clear of the relegation places – and time to turn things around, but they need a change of fortunes quickly.

Otherwise they will be looking nervously over their shoulders and easily, and quickly, be dragged into the fight for survival.
Oliver Yew

Antonio proves his worth for West Ham

To put it simply, West Ham are a better football team with Michail Antonio leading the line over Sebastien Haller.

Following Haller’s sale to Ajax earlier this month, West Ham have only Antonio now as a player capable of playing as the lone striker in the style that David Moyes wants to see. Haller is a tidy finisher but his all-round play lacks the gusto of Antonio, who once again showed his skill at running the channels and taking defenders out of their comfort zone against Burnley.

In his first start for eight Premier League games, the striker netted his ninth goal in his last 11 Premier League starts when taking advantage of some lacklustre Burnley defending to prod home at the back post, his 40th Premier League goal for the club.

West Ham are now unbeaten in their last seven games he has started, winning five of those, including this one over a toothless Burnley. There were still signs of rust on just his second 90 minutes of action since October but another full game under his belt will only do his prospects of further improvement a world of good. West Ham are in a good place under Moyes and their talisman is back and firing.
Lewis Jones