Home Culture “Helps the soul”: Chorus finds a way to perform from cars 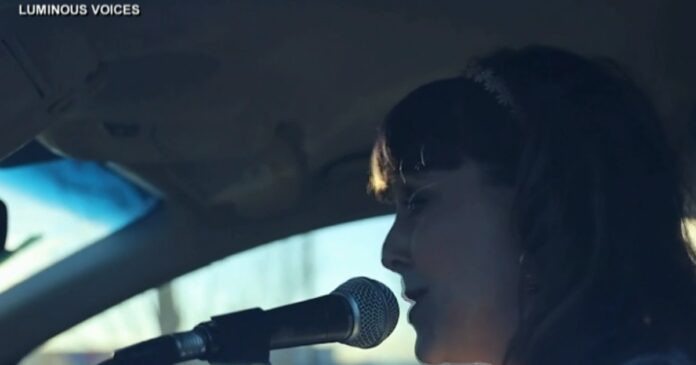 At the start of the pandemic, a choir rehearsal in Washington state was a super spreader event. That stopped the music for singers everywhere. But to the north of the U.S., a Canadian chorus has found a way to raise the volume again — on their sound.

The pandemic has taken singing in the car to a whole new frequency. Using their car radios and some tech savvy, the Luminous Voices chamber choir in Calgary, Alberta, found a way to sing together from a distance, like at a holiday concert last month.

“To have people sing together, it really helps the soul,” said artistic director Tim Shantz. “Let’s be honest, the performing arts is in a crisis.”

With a simple FM transmitter, the sound from each microphone is merged and returned on a radio frequency.

The idea came from south of the border in Virginia, where baritone David Newman tried it out in the spring — and word spread across the continent.

The system fixes the problem of people being out of synch while trying to sing together over something like Zoom.

“It’s just the FM signal, which isn’t going to outer space and coming back,” Shantz said.

Meaning, there’s no delay. That’s music to the ears of choristers Julie Freedman Smith and Caleb Nelson, who led the technical effort.

“Suddenly everybody was in my car with me,” Freedman Smith said. “It’s happening in real time. We’re making music, we’re singing chords.”

To be singing in a group, Freedman Smith said, is like “kind of the same thing” as breathing.

Bruno Mars is having quite the week