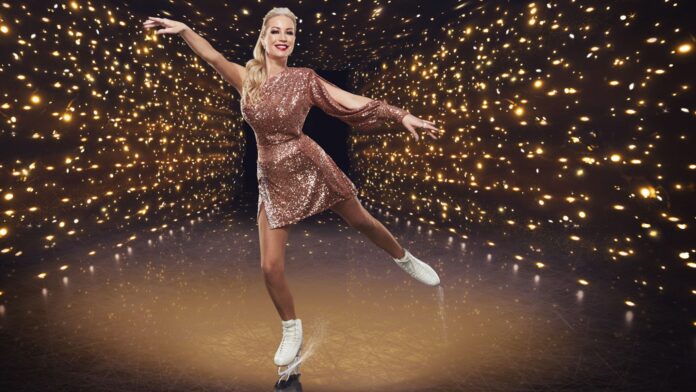 Denise Van Outen has dislocated her shoulder after falling during rehearsals just hours ahead of the launch show of Dancing On Ice.

The 46-year-old shared photos on Instagram showing her being looked after by paramedics and treated in hospital after tripping on the ice.

The presenter was rushed to A&E after suffering “a partial dislocation and tendon damage” to her left shoulder, according to The Sun On Sunday.

Van Outen said she knew she’d done something serious straight away, and prayed it wasn’t a break.

While changes have now been made to her opening dance routine, she admitted it was “touch and go” whether she would be able to skate on the launch show.

Her week one dance is due to be set to Tina Turner hit Proud Mary.

In her social media post Van Outen thanked fans for their support, writing: “Told you I’m clumsy on the ice!”

She thanked the ITV production crew and medics, as well as NHS staff for looking after, adding: “I know how overstretched you are at the moment.”

She also thanked her professional dance partner, Matt Evers, “for being a true friend and taking care of me and making me laugh when I feel like crying”.

Fellow Dancing on Ice contestant and rapper Lady Leshurr posted a message of support to Van Outen on her Instagram story, asking fans to send their love and adding “I hope you heal ASAP!!!”

The 2021 series of the ITV dancing show has 12 contestants lined up including Jason Donovan, Rebekah Vardy and Mylene Klass.

Celebrities have been training for weeks at Bovingdon Airfield in Hertfordshire, with the cast and crew complying with strict coronavirus rules to allow the show to go ahead.

Dancing On Ice starts on Sunday at 6pm on ITV.