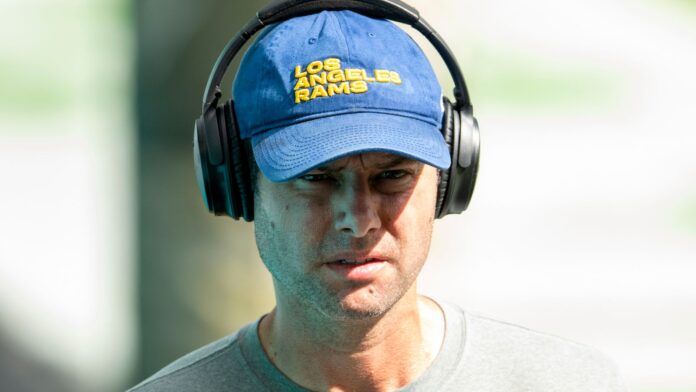 Brandon Staley replaces Anthony Lynn, who was fired after the Chargers’ 7-9 season; Staley helped Rams to be NFL’s top defense for yards (237.3 per game) and points (9.6 per game) allowed during regular season

Staley, 38, steps up to take the head coaching job at the Chargers after just one year with the Rams, a campaign in which he coordinated the league’s top defense in both yards and points allowed in the regular season.

The Rams were knocked out in the divisional playoffs by the Green Bay Packers on Saturday.

“It doesn’t matter if you’ve known Brandon for five minutes or five years, what quickly becomes apparent is the amount of energy and passion he approaches each and every moment with,” the Chargers’ president of football operations John Spanos said.

we’ve agreed to terms with Brandon Staley to become our next head coach » https://t.co/x4UtQEGazY pic.twitter.com/UFvI54GCQc

“The consistency of that enthusiasm is unique and, most importantly, it drives his ability to connect with people.

“His coaching journey to this particular moment is inspiring; if not for the sheer perseverance and determination of it all, then certainly for the dramatic results it has produced for the teams and players he has coached.”

Prior to moving to Los Angeles, Staley had stints as a linebackers coach with the Denver Broncos and Chicago Bears.