Home Sport England to be without Ryles for Six Nations 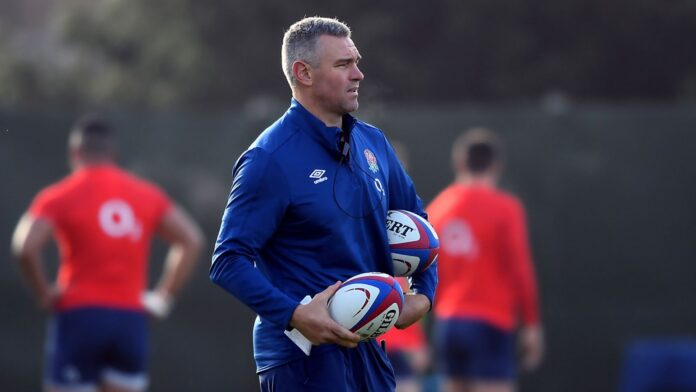 England assistant coach Jason Ryles and his family have decided not to relocate from Australia to London this month because of the lockdown in place for the coronavirus crisis; new arrivals into the UK from Down Under now have to quarantine for 10 days

In a significant setback to Eddie Jones, Ryles and his family have decided not to relocate from Australia to London this month because of the lockdown in place for the coronavirus crisis.

New arrivals into the UK from Down Under now have to quarantine for 10 days.

At this stage it is undecided whether Ryles will be replaced for the Six Nations, but it is hoped he will be available for the summer tour to North America.

“Due to the current COVID-19 lockdown, coach Jason Ryles and his family have chosen not to relocate to England this month as they had originally planned,” a Rugby Football Union statement read.

Ryles joined up with England on a permanent basis during the successful Autumn Nations Cup campaign having previously worked under Jones as a consultant on defence.

The former Australia rugby league international, who recently helped guide the Melbourne Storm to victory in the NRL grand final, has the title of skills coach and performs an important role in shaping England’s attack.

Jones names his Six Nations squad on Friday with the visit of Scotland to Twickenham launching his quest to win a fourth title.

Billy Vunipola will continue to favour playing over training as he plots his own path towards fitness for England’s Six Nations title defence.

Vunipola was the only member of Saracens’ England contingent on parade at Vallis Way on Saturday as the country’s solitary match of the weekend ended in a 27-26 defeat by Ealing Trailfinders.

While Maro Itoje, Owen Farrell, Mako Vunipola and Jamie George have been put on specialised pre-season programmes to prepare them for the Calcutta Cup clash with Scotland on February 6, a different approach has been taken with loose forward Vunipola.

Both England head coach Eddie Jones and Saracens director of rugby Mark McCall have stated that the 28-year-old No 8 gains more benefit from time spent on the pitch having endured long spells of inactivity while recovering from four broken arms.

“Firstly I’d rather play than train. I can’t get my head around training all the time as it’s not my goal,” Vunipola said.

“I really enjoy playing and being around the boys and also having something to look forward to at the end of the week. I’m a very emotional person so that brings me up as well.

“Also, I’ve been injured a lot so I want to take advantage of every game I get, every opportunity to toughen my body up to be ready for whatever comes in the future.

“I’ve been out for a few months consecutively and for me personally I feel the more I play the better my body is at adapting to the rigours of the game.”