Home Sport Froome keen to retire on his own terms 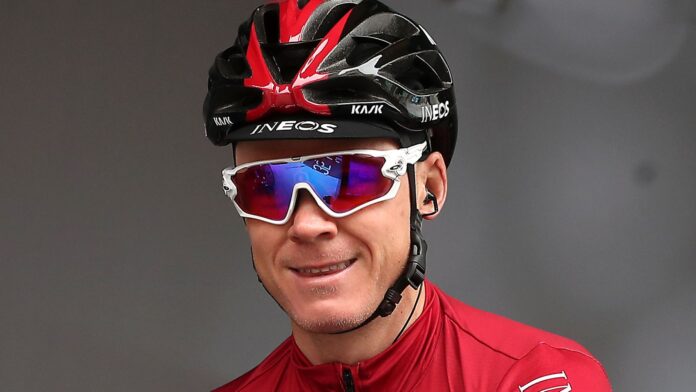 Seven-time Grand Tour winner Chris Froome believes he is far from done in the sport and still feels ‘relatively young’ in cycling years; The 35-year-old is still recovering from the crash suffered at the Criterium du Dauphine in 2019

Chris Froome is determined to finish his career on his own terms with Israel Start-Up Nation as he targets a record-equalling fifth Tour de France crown.

The 35-year-old is still on the road to recovery from the devastating crash he suffered at the Criterium du Dauphine in 2019, having more screws removed from his leg at the end of last season, but is convinced he is far from done.

“Age is a state of mind,” Froome said. “I feel relatively young in cycling years. I got into the sport a little bit later. The way nutrition has evolved and the sport has evolved, it’s certainly possible for athletes to go later and later.

“You look at a rider like (Alejandro) Valverde who is 40 and still racing Grand Tours and is still up there competing with the best in the world. It’s certainly possible and I’d like to prove that as well.”

The seven-time Grand Tour winner admitted he was not as far along in his recovery as he had hoped, having missed out on selection for the Tour de France before finishing his time with the Ineos Grenadiers by riding the season-ending Vuelta a Espana in a support role.

Froome has spent the winter continuing his rehabilitation at the Red Bull High Performance Center in Santa Monica, missing the pre-season training camp of his new team which is taking place this week near Girona.

There has been time for riding the Californian roads – Froome posted details of a 100km ride he completed around Los Angeles this weekend – but his time is mostly spent on more gruelling gym sessions building up the muscle strength in his legs and quads.

“I feel as if I’m making a lot of headway,” he said. “The centre has been fantastic in supporting me.

“I’ve been doing three or four sessions a week, quite heavy and quite lengthy so I’m much closer to where I need to be to start the season than where I was last year.”

Given the catalogue of broken bones Froome suffered in June 2019 – a broken right femur, broken hip, fractured elbow, and fractured ribs – many wondered if it was the end of his career.

He still has plenty to prove in terms of getting back to the top of the sport, but no shortage of determination.

“(Retirement) would have been the easier option but it’s not the way I wanted to finish my cycling career,” he said.

“One big motivation was knowing I was sitting on four Tour de France titles and I didn’t feel as if I’m done yet. I would like to get to number five and keep targeting Grand Tours until I’m ready to retire on my own terms.”