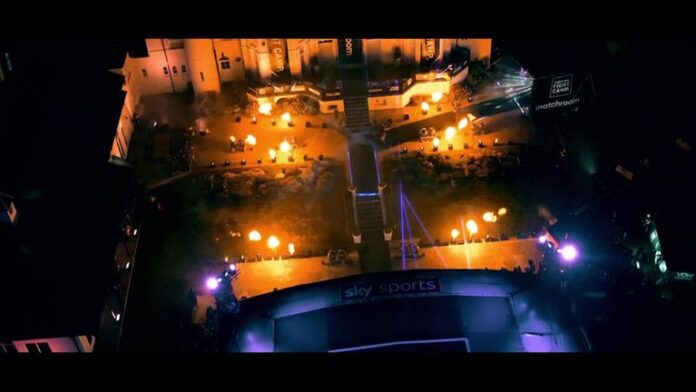 Eddie Hearn: “Whyte called for that fight for about three years and then all of a sudden Deontay Wilder lost, now he’s calling for the Dillian Whyte fight.” The British contender could face bitter rival

By Richard Damerell and Nik Hobbs

Dillian Whyte could receive a ‘massive’ fight against Deontay Wilder, if he is made to wait longer for a world title shot this year, says promoter Eddie Hearn.

Britain’s heavyweight contender will be within touching distance of a world heavyweight belt, if he defeats Alexander Povetkin in their rematch on March 6, live on Sky Sports Box Office.

But with Anthony Joshua and Tyson Fury holding talks over two world title fights, Hearn has suggested that Whyte could instead settle his long-running feud with Wilder.

“The focus is AJ against Fury of course, but Dillian Whyte would put himself in that position for a world championship,” Hearn told Sky Sports News.

“I love the Deontay Wilder fight.

“Wilder against Whyte is a fight we’ve talked about a long time. Dillian Whyte called for that fight for about three years and then all of a sudden Deontay Wilder lost, now he’s calling for the Dillian Whyte fight.

“The focus for Dillian is to beat Povetkin and become mandatory again, but I can’t help thinking that if he can beat Povetkin on March 6, Whyte against Wilder is massive.”

“NOW I KNOW EXACTLY WHAT I NEED TO DO!”

Whyte insists his top priority remains a fight for the WBC belt, which is currently held by Fury, and he must firstly avenge a shock defeat by Povetkin last summer.

But the Brixton man is also eager to settle his dispute with Wilder, who denied Whyte a title fight during his reign as WBC champion.

Whyte told Sky Sports: “I’ve waited a million years. Why should I not get the title fight next?

“I should have fought for the title already. I’ve waited long enough. Why should I wait anymore?

“Let’s see, this is boxing, a lot of things happen.

“I’ll fight anyone. Deontay Wilder is someone that I want to fight and bash up. I believe he’s someone that I beat up and knock out, but right now, I’m focused on Alexander Povetkin.