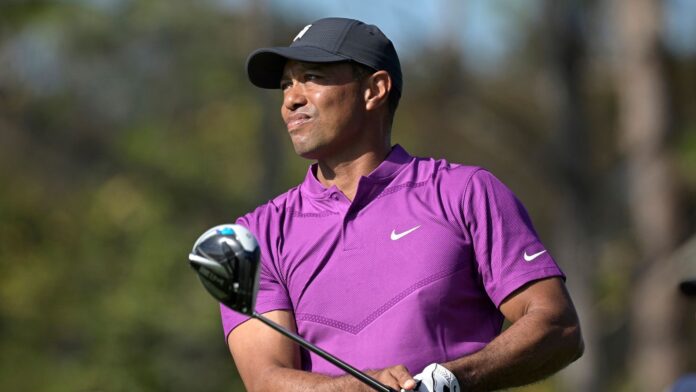 Tiger Woods to miss Farmers Insurance Open and Genesis Invitational event after undergoing further surgery on his back; Woods: “I look forward to begin training and am focused on getting back out on Tour.”

Tiger Woods will miss next week’s Farmers Insurance Open after undergoing another operation on his back.

As well as the Farmers – which gets underway in San Diego on January 28 – Woods will also sit out the Genesis Invitational event, a tournament he hosts.

The 45-year-old has had surgery to remove a pressurised disc fragment.

The 15-time major winner’s fifth back operation was brought on following discomfort he sustained during the PNC Championship in December.

A statement published on the American’s social media channels read: “Tiger has recently undergone a microdiscectomy procedure to remove a pressurised disc fragment that was pinching his nerve after experience discomfort following the PNC Championship.

“His doctors and their team have determined it to be successful and expect him to make a full recovery.”

Woods said: “I look forward to begin training and am focused on getting back out on Tour.”