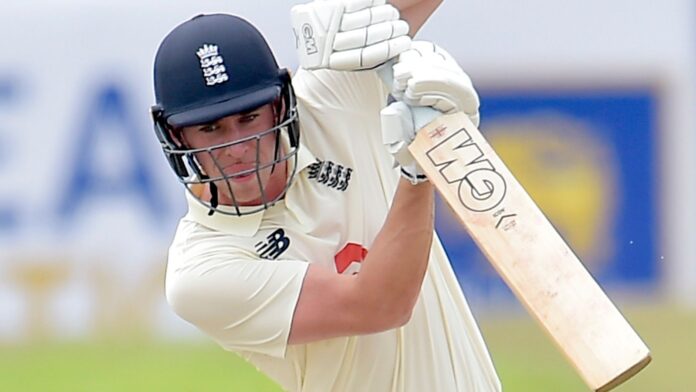 Sky Sports pundits Nasser Hussain and Rob Key are joined by former England spinner Graeme Swann at 6pm on Thursday on Sky Sports Cricket, as well as batsman Dan Lawrence who excelled on his Test debut in Galle; the pair will look back on the series so far and ahead to the second Test

England internationals past and present combine on this week’s Hussain and Key Cricket Show in the shape of Graeme Swann and Dan Lawrence.

Fresh from an eye-catching debut, Lawrence joins pundits Nasser Hussain and Rob Key to reflect on England’s seven-wicket victory over Sri Lanka in the first Test – and ahead to the final match of the series, which gets underway on Sky Sports Cricket at 4am this Friday.

The 23-year-old will share his insights into his first taste of Test cricket, following a match in which he scored 73 and 21 not out – and even got a bowl!

We wonder what Swann made of that?

The former spinner, who bagged 255 wickets at 29.96 apiece in a stellar 60-Test career, will no doubt have a view and will also give us his take on England’s current slow-bowling options.

Dom Bess and Jack Leach each bagged five-fors in Galle but both have plenty more to give and Swann, who never got the chance to bowl in Pakistan but did take 28 wickets at 29 in India and 16 scalps at 22 in Sri Lanka, will share some tips on bowling in the subcontinent.

Plus our pundits will discuss England’s line-up for the second Test including whether Moeen Ali – if fit and well enough – could feature in a three-pronged spin attack.

For all that and more, make sure you tune into the Hussain and Key Cricket Show at 6pm on Thursday on Sky Sports Cricket.