Home Sport Thomas ‘upset’ to be dropped by Ralph Lauren 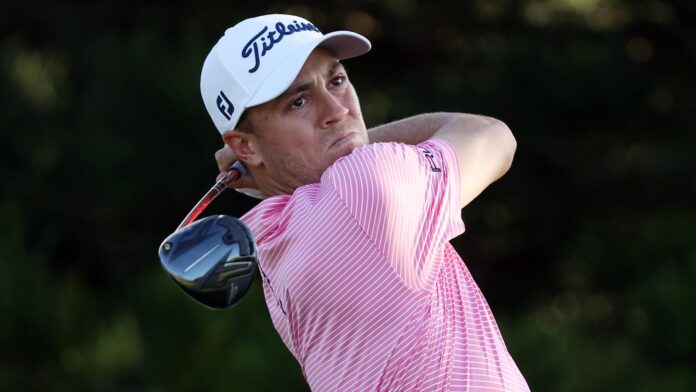 Justin Thomas admitted he is still at a loss to explain why he came out with a homophobic slur in Hawaii, but he repeated his vow to learn from his “humiliating and embarrassing” mistake.

Thomas vowed to “become better” as he dealt with the fallout following his offensive remark on day three at the Sentry Tournament of Champions, an incident that prompted Ralph Lauren to end their long-standing endorsement deal with the American.

The controversy remained a big talking point as the world No 3 prepares to make his debut in the European Tour’s Abu Dhabi HSBC Championship, where Thomas repeated his deep contrition over what happened at Kapalua.

“It’s humiliating, it’s embarrassing, and it’s not me,” said Thomas, who was earlier backed by close friend and Rory McIlroy to learn from the incident. “It’s not a word that I use, but for some reason, it was in there.

“And that’s what I’m trying to figure out as to why it was in there, and it’s going to be a part of this process and training program or whatever I need to do, not only to prove to myself but prove to my sponsors and prove to those people that don’t know who I am that that is indeed not the person I am.”

Thomas admitted he put Ralph Lauren “in a terrible position” and while he understood and accepted their decision to terminate their support and sponsorship, it did not make it any less upsetting.

“I think disappointed is the wrong word, obviously I was upset,” Thomas added. “But at the end of the day, they have that right. They had to make the decision that they had to make.

“I spoke with them along with all of my sponsors. Although I apologised, it’s like it was then; it’s an opportunity for me to grow and I felt like it was something we could have done together and gone through that process.

“They just felt like they needed to move on. That’s exactly what I’m doing, as well. It was a great run that we had and a great partnership, but you know, things will work out for the best.

“Just like my other partners and other sponsorships, it was an opportunity for them to help me, just like I hope to help them. But like I said, they had to do what they had to do.

“They are a huge, huge global brand, and I have to respect their decision. I wasn’t disappointed, because I put them in a terrible position. I just was more upset. I had a great relationship with a lot of people there, and like I said, we would have had the opportunity to do it together, and I totally respect their decision and I’ve moved on from it.”

Thomas revealed he had been in close contact with all of his sponsors and insisted he had restored relations with all of them.

He said: “I’ve had great communication with all of them. It was obviously not calls or emails I was hoping or planning to make, but I needed to because I have some great long-lasting partnerships with all my sponsors. They know that’s not the person that I am.

“They know that’s not how I act and although they are far from brushing it to the side just like I am, they understand that this is an opportunity for me to educate myself, grow, become a better person.

“I know that I’ll become a better man and a better person because of it, and they are going to kind of help me along that process.”