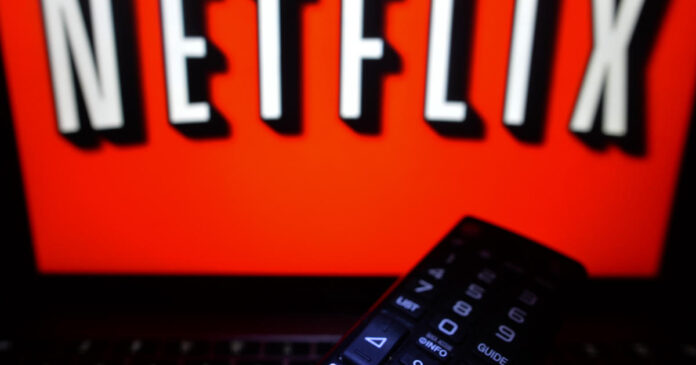 Netflix’s video streaming service has surpassed 200 million subscribers for the first time as its expanding line-up of TV series and movies continues to captivate people stuck at home during the ongoing battle against the pandemic.

The subscriber milestone highlighted Netflix’s fourth-quarter results released Tuesday. The service added another 8.5 million subscribers during the October-December period, capping Netflix’s biggest year since its inception as a DVD-by-mail service in 1997. Netflix ended the year with nearly 204 million worldwide subscribers.

The fourth-quarter gains easily topped the projections of the roughly 6 million additional subscribers projected by Netflix’s own management and Wall Street analysts, even as the company began rolling out price increases of 8% to 13% in the U.S.

“Netflix continues to exceed expectations for subscriber growth, and has executed extremely well during the pandemic,” Wedbush analyst Michael Pachter told investors in a report.

After upending the DVD-rental industry, Netflix introduced the then-revolutionary concept of streaming TV shows and films 14 years ago. At that time, its service had a mere 6 million subscribers.

The streaming service began to grow rapidly seven years ago when Netflix started producing its own shows and accelerated a worldwide expansion that now spans more than 190 countries. Since the February 2013 debut of its first original series, “House of Cards,” Netflix has attracted more than 170 million additional subscribers.

Netflix gained another 37 million subscribers last year, a 22% increase from 2019. Its stock fared even better, rising by 67% last year. The Los Gatos, California, company now boasts a market value of more than $220 billion.

For all its success, Netflix still faces challenges in the coming years from a bevy of deep-pocketed rivals, with perhaps the most formidable posed by a more experienced and even larger entertainment company: Walt Disney Co.

After deciding to stop licensing its library to Netflix, Disney introduced its own video streaming service 14 months ago. The service, Disney Plus, has proven far more popular than anyone imagined, accumulating nearly 90 million subscribers in its first year, emboldening the company’s management to predict that it will boast as many as 260 million subscribers at some point in 2024.

“It is super impressive what Disney has done,” Netflix co-CEO Reed Hastings said in Tuesday video discussion with investors. “It gets us fired up about increasing our membership and increasing our content production.”

To retain and attract subscribers, Netflix already had been spending so much money on original programming that the company usually ends up shoveling out more cash than its video services bring in from its subscribers, although it has remained profitable under the accounting standards allowed in the entertainment industry.

Netflix’s stock surged by more than 12%, to a record $568, after the latest subscriber numbers came out and was set to climb further when U.S. trade opens on Wednesday.

“Looking back over Netflix’s 2020 results, it is still striking to see how the COVID-19 pandemic has been nothing but a major boon to the company’s operations,” Michael Nathanson, senior analyst at MoffettNathanson, told investors in a report. “As much of the world is still shuttered in their homes with nowhere to go and nothing to spend their money on, consumer adoption of streaming services has been accelerated by years.”

Other analysts lifted their price target on the stock, with Oppenheimer citing the company’s continued growth and rising profit margins.

The company earned $542.2 million on revenue of $6.64 billion in the fourth quarter, a relatively thin profit margin.

Netflix finally stopped burning through cash last year, largely because government restrictions imposed during the pandemic curtailed the production of programming. Netflix posted a positive cash flow of $1.9 billion during 2020, the first time it hasn’t had a negative cash flow for an entire year since 2011.

In another breakthrough, Netflix predicted it will no longer need to raise additional cash from lenders to help finance its original-programming budget. The company said it doesn’t expect to experience the same drain on its cash as it has for most of the past decade, even as it ramps up production of its original programming again and gears up to release at least one original film per week on its service throughout this year.