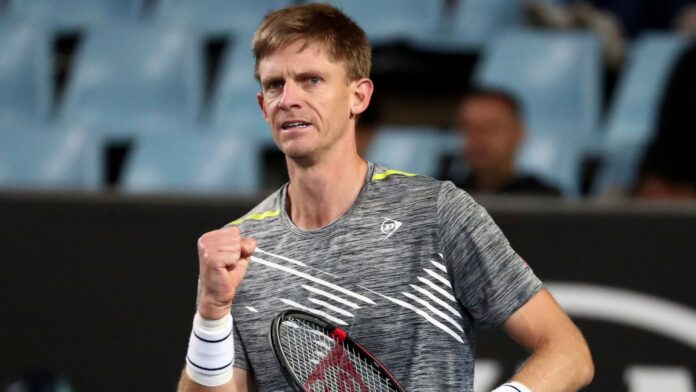 Kevin Anderson has appealed to players at the Australian Open to show more respect for the local community’s fight against the coronavirus pandemic following a number of complaints about quarantine conditions; Maria Sakkari grateful for being allowed to travel to Melbourne

Kevin Anderson appealed to players at the Australian Open to show more respect for the local community’s fight against the COVID-19 pandemic following a chorus of complaints about quarantine conditions in Melbourne.

Some of the 72 players confined to their hotel rooms have complained about the severity of the health measures, the quality of the food and even mice infestations in their rooms.

Their gripes have sparked a backlash from Australians with many citizens stranded outside the country due to border restrictions.

Anderson said players had to stop and think about how much Australians had sacrificed to stamp out the virus.

“We all really need to respect whatever Australia has gone through to get to this point where, you know, just driving through the courts you see the residents of Melbourne walking around without masks, interacting, and I know that they’ve sacrificed to get to that point,” the former US Open and Wimbledon finalist told ABC Radio Melbourne.

“From the players’ perspective I really hope that they can see what’s going on, and from the community you know they at least forgive the players who have said things and understand that.”

Maria Sakkari is one of those locked down for 14 days and while the Greek said she missed breathing fresh air she appreciated the fact she was allowed to travel to Australia.

“I’m so grateful that you guys allowed us to come into your country while you were not allowing anyone else to come in,” Sakkari told Melbourne radio station 3AW.

In other news, the ATP Tour added two new ATP 250 events in Singapore and Spain to the 2021 calendar to increase playing opportunities that have been curtailed by the pandemic.

An indoor hardcourt event in Singapore will be held from February 22-28, a day after the Australian Open ends, while the second tournament, an outdoor clay event, will be played in Marbella from April 5-11, straight after the Miami Open.