Home Culture Tim McGraw wasn’t so sure about Taylor Swift naming a song after... 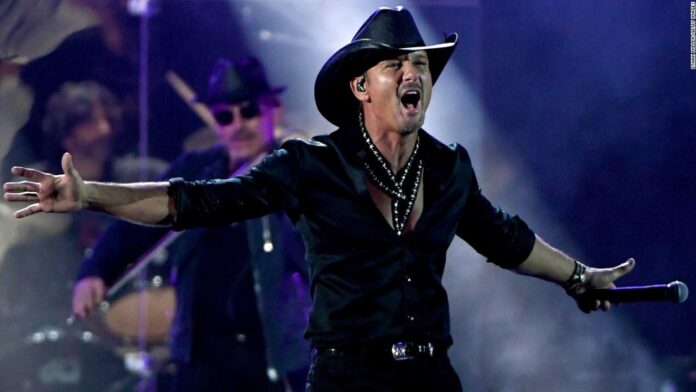 As you may recall, Swift’s debut single, “Tim McGraw,” was released in 2006 off her self-titled album.
“I thought, have I gotten to that age now to where they’re singing songs about me? Does that mean I’ve jumped the shark a bit? Is everything still cool?” he told Apple Music Country.
But then he changed his tune.
“And then I realized that somebody had told me that she was in her seventh-grade math class when she wrote the song, so it made me feel a little bit better about that because she was so young writing it. So I didn’t feel like I was that terribly old,” he said.
It ended up being the beginning of a friendship that led to them collaborating on McGraw’s 2013 song, “Highway Don’t Care.”
Since then, Swift has gone on to become one of the biggest names in music.