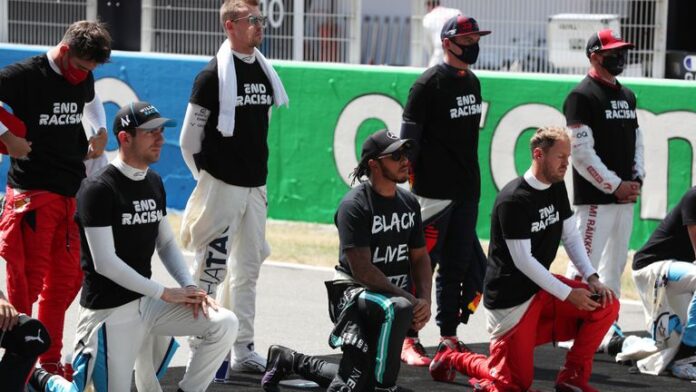 New F1 boss Stefano Domenicali says he is looking forward to seeing Lewis Hamilton take on the “incredible” challenge of trying to become the sport’s first eight-time world champion this year, as the sport waits on news of the Mercedes driver’s contract renewal.

Unusually, Hamilton does not yet have a deal in place to race in 2021 two months before the start of the new season, although the expectation remains that he will secure an extension with Mercedes.

Although Domenicali said he had no inside information on the state of the talks between F1’s world champion driver and team, he said he was eager to see Hamilton’s latest attempt at history play out.

“Lewis has in front of him an incredible possibility to become the best in terms of numbers. So the challenge there is incredible.

This is at 3400m. Starting at 2400m. The air is so thin, it’s harder to breath which is perfect for pushing the body. I’m at the end of the hike here, perfect start to the morning followed by cross country skiing which I’m not the greatest at but I get by. pic.twitter.com/YJZD3PAjTJ

“I’m really looking forward to see him fighting on the track with the way that he’s also now behaving as a man, not only as a driver.”

On the lack of a contract announcement, Domenicali added: “As you can imagine, I don’t know any other information.

“I’m waiting for the news for Toto [Wolff] to release, and for Lewis to confirm. Everyone is waiting for that. That’s the same kind of attitude that I have like all the supporters of Formula 1.”

‘Formula 1 is not living out of this world’

As alluded to by Domenicali, Hamilton combined his record-breaking track efforts in 2020 with playing a powerful role in the Black Lives Matter movement and using his platform to fight against racial injustice.

“What is good is that drivers more and more realise that they are the ambassadors of Formula 1, in a different dimension,” he said. “Not only in terms of technical skills but also in terms of the way that they can put out the right message of Formula 1. I think they will appreciate that.

“Of course, we don’t want to be political because that’s not our business, but we want to highlight the values of society.”

F1 launched its We Race As One initiative last year and Domenicali said that promoting diversity would remain a ‘high priority’ into 2021, with time to again be set aside before races to highlight key messages.

“Diversity and We Race As One will give us the opportunity to highlight the time before the starting of the race to use these minutes to highlight values related to this programme and to this specific subject,” said Domenicali.

“What we have in mind is to use this time to share with the drivers and the teams how we can implement the attention that the F1 world will have to have not only to the end of racism, but to the diversity and We Race As One programme.

“We will use this moment to make sure that everyone will understand that Formula 1 is not living out of this world. Formula 1 wants to have an active role on enhancing these values.”

‘Coming 2 America’ brings Eddie Murphy back, riding a wave of...

AstraZeneca’s jab has had a bumpy rollout in the EU –...