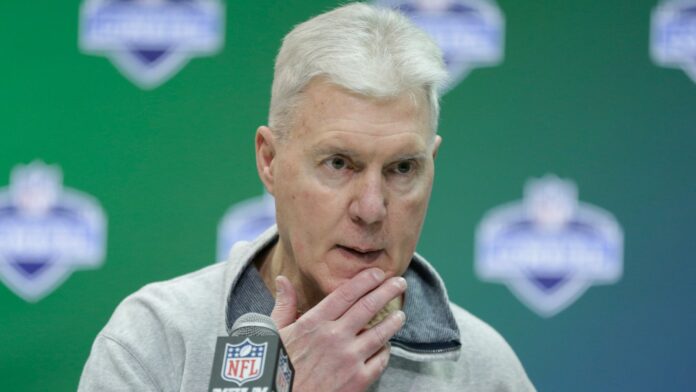 During his tenure as GM from 2005-2017, Thompson drafted quarterback Aaron Rodgers, traded away franchise icon Brett Favre and helped the team compile a 125-82-1 record with nine playoff appearances.

“Our condolences go out to his family,” Packers head coach Matt LaFleur said Thursday. “Certainly he’s a guy that’s held in the highest regard in this building and I think just around the league.

“So certainly we’re sitting here with heavy hearts today. I’ve only had a few opportunities to meet him over the last couple of years, but I just know how important he was to many people in this building.”

Thompson was also the Packers’ director of pro personnel when the team won Super Bowl XXXI after the 1996 season.

A Texas native, Thompson starred at linebacker at SMU before playing 154 games over 10 seasons in the NFL with the Houston Oilers (1975-84). He once filled in for injured kicker Toni Fritsch during a 1980 game against the New York Jets and made all four extra-point attempts.

He joined the Packers as a scout in 1992 and worked for the organization through the 1999 season before serving as the Seattle Seahawks’ vice president of football operations from 2000-04. He returned to Green Bay as GM in 2005 and moved into a consultant role in 2018, in part due to his declining health.

After being inducted into the Packers’ Hall of Fame in 2019, Thompson announced he was suffering from an autonomic disorder that causes weakness and cognitive issues.

“His impact is still felt to this day when you look at our roster,” LaFleur said as his team prepared for Sunday’s NFC Championship clash with the Tampa Bay Buccaneers.