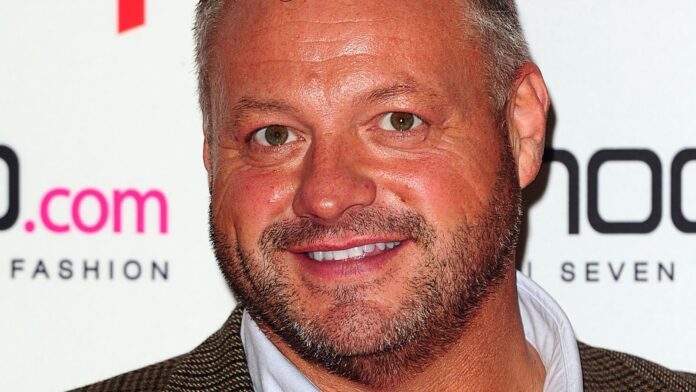 Businessman and former star of The Only Way Is Essex Mick Norcross has been found dead at the age of 57.

Police were called to his home in Bulphan, Essex, at 3.15pm on Thursday where he was pronounced dead at the scene.

His death is not being treated as suspicious and a file will be prepared for the coroner, Essex Police said.

Norcross was best known for being the owner of The Sugar Hut nightclub in Brentwood, where TOWIE was filmed regularly in its early days.

He first appeared on the show’s second series in 2011, with his son Kirk, 32, part of the original cast.

Norcross left in 2013, claiming his business’s involvement in the programme had damaged its reputation.

Tributes came pouring in after news of his death broke, with his former TOWIE colleagues describing him as a “true gentleman” and an “Essex legend”.

Gemma Collins, 39, posted a picture of the pair together on Instagram with the caption: “ALWAYS A GENTLEMAN. absolutely shocked and saddened by the news. my thoughts and prayers are going out to Kirk family and friends absolutely tragic.

“The memories of the early days the sugar hut and the wonderful filming parties you put on will never be forgotten. you never know what someone is going through you was one of the good guys.”

The pair briefly dated during their time on the show.

RIP Mick 💔 you was a genuinely lovely man & always looked after us, was a pleasure to have worked with you. My thoughts are with the family ❤️ pic.twitter.com/nzgkOg0Wg8

Former TOWIE star James Argent, 33, said on Twitter: “A true gentleman & a very kind man! RIP Mick. Many amazing memories, So Sad! My thoughts are with his family.”

Mario Falcone, 32, posted: “RIP my friend. You were the perfect gentlemen and I am thankful I got the privilege of having you in my life.”

RIP Mick N.
You were a great man, an inspiration to many, always so polite and welcoming. Such a gent.
We lost a good one.
Let this be ANOTHER reason to check in on people and ask if they are ok. It’s imperative we talk.
Love to Kirk and the rest of the family 💔such sad news

Essex Police said in a statement: “We were called to an address in Bulphan shortly before 3.15pm on Thursday 21 January. Sadly, a man inside was pronounced dead.

“His death is not being treated as suspicious and a file will be prepared for the coroner.”

Norcross is survived by his three children and three grandchildren.