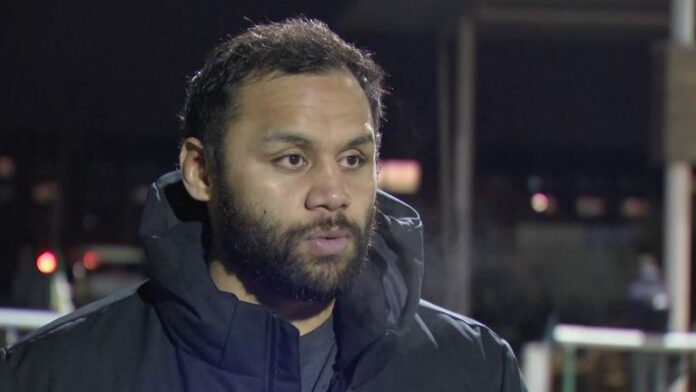 Saracens’ match against Doncaster Knights in the Trailfinders Challenge Cup has been cancelled after Mark McCall’s side said they were without 34 players.

Following their weekly PCR Covid-19 testing programme, Saracens reported that two Academy players had returned positive results, with a further 16 members of the squad forced to isolate due to contact tracing.

Saracens said they are therefore without 34 players for the match at Castle Park on Saturday through a combination of isolation, injury and suspension, and subsequently cannot field a side.

“The club did everything it could in its attempts to name a 23, but two additional players today being contacted to isolate meant this was not possible,” the club said in a statement on Thursday.

“Those players and staff who have tested positive, or who are traced as contacts of those testing positive, will isolate for a minimum of 10 days with the wellbeing of club staff, players and their families paramount.”

As a result of the cancellation, Doncaster will be awarded four points while Saracens will receive two.

It’s more bad news for the former Premiership and European champions, who lost 27-26 to Ealing in their first match of a competition which serves as a curtain-raiser to Saracens’ quest for an immediate return to the Premiership.

Randox Health has apologised for an error in its Covid-19 testing programme for Premiership Rugby, which led to an incorrect number of positive tests being reported on Tuesday.

Bath shut down their training ground earlier this week after the club returned a number of positive tests.

But Randox now say there were only two positives from 989 players and management at the 12 Premiership clubs this week.

Bath were told earlier in the week there were 19 positives, when in fact there was just one.

A club statement on Thursday read: “On Tuesday 19th January following the regular round of PCR testing, the club was notified that 19 of the 24 league-wide positive results comprised Bath Rugby players and staff.

“Immediately, our training ground at Farleigh House was closed and all players and staff were instructed to isolate at their homes.

“A rigorous contact tracing process was undertaken, from which a further 16 players were identified as close contacts.

“Everyone who returned a positive test result, and their close contacts, was required to isolate for 10 days in accordance with PHE guidance.

“Our training ground immediately underwent a full deep clean. All rugby and training activity was halted and testing ordered for all players and staff as a priority.

“Our urgent priority was to stop the spread of the virus and protect the health and wellbeing of our staff, players, their families and the wider community.

“Yesterday afternoon the club was informed that an error had occurred in the Randox laboratory and that, following routine retesting, 18 of the original 19 positive results were in fact negative.

“The club has been in regular and close communication with senior representatives from Public Health England throughout this time and in particular over the last 24 hours, as we have worked to understand the details regarding the Randox testing error.

“We, advised by Public Health England, are now confident this was a discrete error and that the revised test results are correct.

“However, as an additional surveillance measure alongside the Randox testing programme, independent Public Health testing will also be undertaken for Bath Rugby players and staff over the next 24 hours.”

A Randox spokesperson said: “As a result of routine risk analysis Randox discovered that in an isolated incident, operators failed to follow the established and robust procedures that Randox have in place for COVID 19 testing.

“Randox apologises for any inconvenience caused. We confirm there are two positive tests from 989 players and management in the PRL.

“Randox have introduced innovative robotic systems to ensure that this type of human error cannot reoccur.”

Phil Winstanley, the Rugby Director at Premiership Rugby said: “This issue has created disruption at our clubs, and especially at Bath Rugby who had isolated a number of players and temporarily closed their training ground after receiving their results early on Tuesday morning.

“The health and safety of everyone involved with Premiership Rugby is a priority for us so this matter will be thoroughly investigated.”