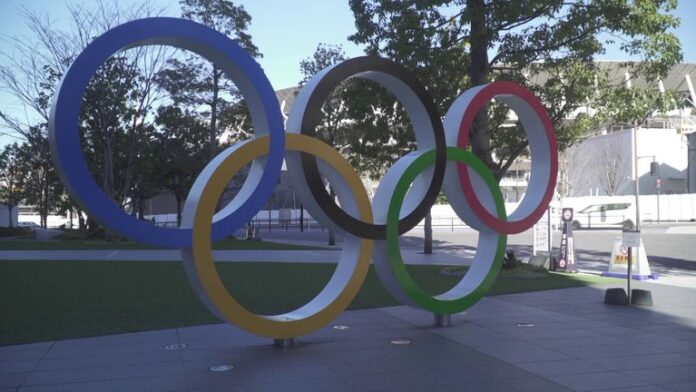 Deputy Chief Cabinet Secretary denies a report in The Times on Friday that the Japanese government privately concludes that the Tokyo Olympics will have to be cancelled because of the coronavirus; Report suggested Japan’s focus is now on securing the Games for Tokyo in 2032

The Japanese government insists there is “no truth” they have decided the Tokyo Olympics will have to be cancelled because of the coronavirus pandemic.

Tokyo 2020 organisers have vowed to stage the rescheduled Games this summer despite much of Japan being under a state of emergency due to a third wave of Covid-19 infections.

However, The Times, citing an unidentified senior member of the ruling coalition, said the government’s focus was now on securing the Games for Tokyo in the next available year, 2032.

“We will clearly deny the report,” Deputy Chief Cabinet Secretary Manabu Sakai said in response at a news conference.

The governor of Tokyo, Yuriko Koike, and the Games’ organising committee said its partners, including the government and the International Olympic Committee (IOC), were “fully focused” on hosting the games as scheduled.

Event organisers told Sky Sports News last week they remained committed to holding the showpiece event this summer and had not discussed another postponement.

International Olympic Committee President Thomas Bach said in an interview with Kyodo News on Thursday there is “no Plan B” for Tokyo 2020.

“We have at this moment, no reason whatsoever to believe that the Olympic Games in Tokyo will not open on the 23rd of July in the Olympic stadium in Tokyo,” Bach said.

The IOC said last year they would not delay the Games beyond 2021.

A recent surge in coronavirus cases has forced Japan to close its borders to non-resident foreigners and declare a state of emergency in Tokyo and other cities.

Games spokesperson Masa Takaya told Sky Sports News they would watch how the J.League football and baseball seasons in Japan started over the coming weeks to determine how spectators can be accommodated.

Tokyo reported new daily coronavirus cases of more than 1,000 for nine straight days through Thursday and set a single-day record of more than 2,400 infections earlier this month.

The death toll from the respiratory disease stands at nearly 4,900 people in Japan.

About 80 per cent of people in Japan do not want the Games to be held this summer, recent opinion polls show.