Home World Why Is Fish Good For You? It’s Not Because of Omega-3s 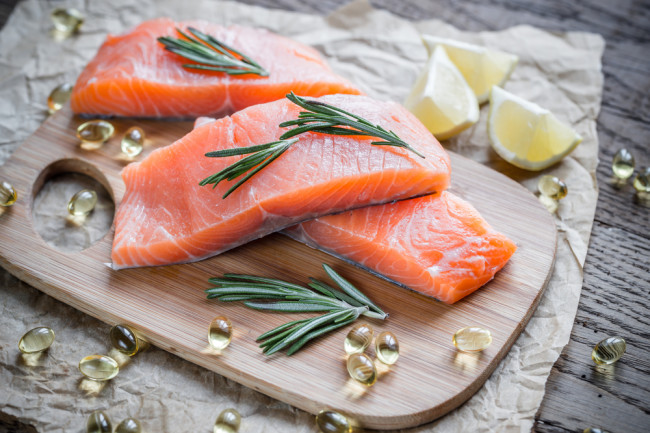 In the 1970s, a team of Danish researchers published a study claiming that the Innuit population living on the coast of Greenland had lower levels of heart disease and diabetes than residents of Denmark. The duo attributed these better health outcomes to an Indigenous diet heavy on fish.

Decades later, hundreds of studies sparked by this initial paper have largely concluded something similar: Fish is good for you. The findings explain, in part, why the current U.S. dietary guidelines suggest adults consume two servings of seafood a week. But as the average American falls short of the suggested 8 ounces of fish every week, fish oil pills have taken over their own corner of the supplement market — a replacement that science doesn’t necessarily support. The upside of eating fish, evidence suggests, has more to do with the entire meal than it does with some miracle ingredient appearing on your plate.

When dietary agencies provide nutritional recommendations, they draw evidence for their suggestions from long-term studies that track groups of people, their food habits, and what kind of health outcomes individuals have, says Maya Vadiveloo, a registered dietitian and nutritional epidemiologist at the University of Rhode Island. This kind of research is called an observational study: Scientists keep track of people’s choices and what they deal with later in life, like whether or not participants develop heart disease, get cancer, or die prematurely from similar kinds of serious health events.

Large-scale “track-the-diet-and-see-what-happens” studies have associated fish consumption with lower risks of heart attacks, heart failure, strokes, and liver cancer. For example, one study that assessed the findings of several of these long-term projects found that individuals who ate fish once a week were 15 percent less likely to die of cardiovascular disease. The agreement among the range of dietary studies about the benefits of fish helped usher in recommendations that Americans eat two servings of seafood a week. But exactly why people who eat fish fare better isn’t completely clear yet. “The mechanism for which fish convey protection against cardiovascular disease is still under investigation,” Vadiveloo says.

Nutrition companies often bill a particular nutrient that’s plentiful in some seafood varieties as a kind of superpower dietary factor: Omega-3 fatty acids. These fats are crucial to a range of cell functions, and because our bodies can’t make them, we have to find nutritional sources. Of the three main kinds of omega-3s, one is commonly found in walnuts, flaxseed, and soybean oil; the two other versions show up in oily fish like salmon, sardines, and tuna.

But so far, scientific evidence has yet to peg omega-3s as the key nutrient shielding people from heart disease. Studies examining the effects of fish oil capsules on heart health show mixed results. Some found the supplements didn’t reduce the risk of stroke, heart attacks, or other lethal cardiac diseases. Other research has determined that individuals already dealing with cardiovascular health issues are most likely to see any benefits from fish oil. “Could you pop an omega-3 pill and suddenly reduce your risk of heart disease? That’s the answer that people often want, but that’s not what the data suggests,” Vadiveloo says.

The Broader Benefits of Fish

Scientific evidence might support the heart health benefits of fish — not omega-3s alone — because making room for the aquatic protein on your plate forces other dietary changes, too. For example, eating fish for dinner means someone likely isn’t eating red or processed meats at that meal, Vadiveloo says. “The replacement and substitution piece is key.”

Steak, bacon, and similar proteins are high in saturated fats that raise cholesterol levels and contribute to heart disease. Many Americans consume too much of those harmful fats, and eating fish twice a week might mean someone is effectively cutting some saturated fats out of their diet and replacing them with more heart-healthy options.

There’s also a chance that in research assessing lifelong health outcomes for different diets, those who eat fish are making more healthy choices generally, like having more fruits and vegetables and fewer processed grains. Again, long-term studies that help shape dietary guidelines don’t determine what participants eat — researchers just keep track and assess outcomes. While studies try to control for other influencing factors in data analysis, a tendency to eat healthier overall might still explain some of why fish consumption is a positive choice, Vadiveloo says.

While fish can replace other harmful fats in someone’s diet and might encourage healthier eating habits, it can have downsides too — namely, environmental toxins that sea creatures absorb. Mercury and chemicals like polychlorinated biphenyls, pollutants that leach from soils into water systems, build up in fish tissue and can’t be cooked out or removed. Dietary guidelines account for how much of different toxins might be in a given serving of fish, Vadiveloo says, and intend to limit how much of those harmful substances people consume. Generally, the FDA recommends that certain individuals are choosier about the fish they eat — particularly pregnant women, those who may become pregnant, and small children. The agency advises that those groups select low-mercury options, as dietary sources of the neurotoxin can cause development problems.

Consuming just one nutrient found in a food in a capsule — in this case, the oil from sardines, anchovies, and the like — isn’t always the same thing as eating the food itself. “We see this fairly consistently when you look at the evidence for vitamin and mineral substances,” says Vadiveloo. “When we extract, we don’t always see the exact same benefits.” And when it comes to fish, the same is true: Rethinking what’s on your plate likely pays off in a way that adding to your medicine cabinet does not.