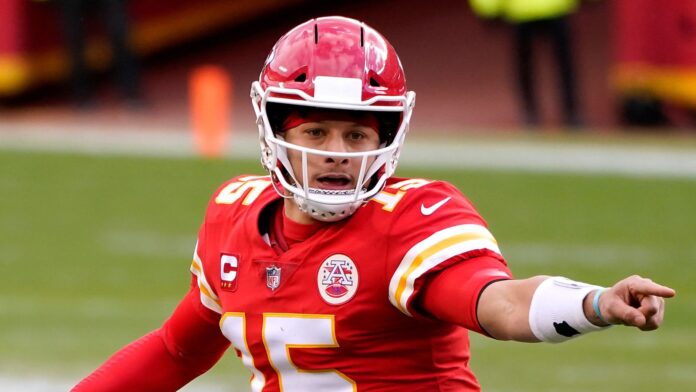 Mahomes went through his third consecutive day of practice on Friday and confirmed at a news conference that he has been cleared to play by team doctors and an independent neurologist.

“I just got out of the (concussion) protocol,” said Mahomes.

“The week has been a bunch of testing, a bunch of different things to make sure I’m good to go and there are no lingering effects.

“Everything has been good. I went through what three or four different doctors have said and everything has looked good and I’m out of it right now. I’ll be able to go out there and be myself.”

Mahomes was hurt in the third quarter of the Chiefs’ 22-17 win over the Cleveland Browns in the AFC Divisional Round last week. He spent a few minutes in the injury tent on the sideline before running up the tunnel to the locker room.

But within a few minutes of leaving the field, the team said that he had sustained a concussion and would not return. Chad Henne finished the game in his place.

“We had an option play called that we had ran a little bit earlier in the game,” said Mahomes.

“I ran it out to the right, obviously got hit, tried to get up, felt my legs go, knew that wasn’t a good thing so I was able to get grabbed.

“I remember before going off the field telling the trainers to let me stay there so Chad (Henne) could warm up. I knew we were about to go for it on that fourth down. I then went and did the testing and everything like that.”

Mahomes did a light workout on Wednesday before a full practice on Thursday. Friday’s workout was another light practice.

Brown played just 29 snaps in Sunday’s divisional playoff win over the New Orleans Saints. He caught one pass for 10 yards and was targeted three times.

Brown, 32, was limited to 33 snaps in the wild-card victory against Washington, catching two passes for 49 yards and a touchdown.