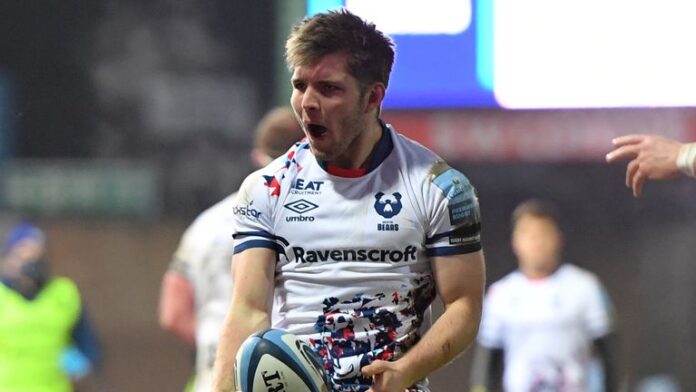 Paolo Odogwu has been included in England head coach Eddie Jones’ 28-man Six Nations squad; Jones: “Paolo can be world-class in terms of line-breaking. That’s the thing that’s caught my attention all the time. He’s got power, got a bit of an X-factor in power.”

Eddie Jones believes Paolo Odogwu has the potential to become a world-class destroyer of defences after naming the Wasps centre in his England Six Nations squad.

Odogwu’s breakthrough season continues apace with a call-up to the 28-man group alongside Harry Randall, the dynamic Bristol scrum-half who is also uncapped.

The 23-year-old of Nigerian heritage has emerged as a rampaging force for the Premiership runners-up, topping the stats charts for clean line breaks and metres made.

Jones has been so impressed that he has jettisoned Jonathan Joseph from his senior squad, despite the well-established Bath centre making four starts last autumn.

Like Joseph, Odogwu covers wing and the midfield and it is the former Sale Shark’s force in the carry that has offered sight of a first cap when England launch their title defence against Scotland on February 6.

“I remember talking to Steve Diamond at Sale, watching him at a game, and he said, ‘This kid’s got a lot of power, a lot of potential’,” said Jones, who announced his squad from self-isolation after assistant coach Matt Proudfoot tested positive for coronavirus.

“Then he changed to Wasps, didn’t have that much game time last year, but certainly every time he plays he’s got something about him.

“I was lucky enough to be coached by a guy called Bob Dwyer and one of the things he always taught me about selection was, ‘Look for those players that can be world-class at something’.

“And Paolo can be world-class in terms of line-breaking. That’s the thing that’s caught my attention all the time. He’s got power, got a bit of an X-factor in power.”

Another star of the Premiership this season has been propelled into Six Nations contention after Randall, 23, was picked to put pressure on established scrum-halves Ben Youngs and Dan Robson.

Randall is the dynamo at the heart of Bristol’s rise to the summit of the Premiership, his diminutive stature proving no barrier to excelling through his pace and attacking instincts.

“We’ve been watching Harry for a long time now, at least two seasons. He continues to develop his game and his running,” Jones said.

“His initiative in attack is the thing that’s really caught the eye. We’re really pleased with his development.

“He’s a good young player, but it’s not so much the youth, it’s the quality of his play that’s the key thing for us.”

Jones is on day four of his 10-day spell in quarantine and can join up with the squad for the first time on Thursday.

“It hasn’t been disruptive, not one iota. Most of the meetings we do now are by Zoom anyway so for the next period of time we’ve just continued by Zoom,” he said.

“As you all know, these days most of the communications these days are done by Zoom so it’s been no disruption at all.

“Obviously our goal for the tournament is to win it. We want to continually develop our game, we want to keep adapting to the opposition and the conditions. And we want to be an impossible team to play against.

“We want to be a team that plays at a level that the other teams can’t compete against.”