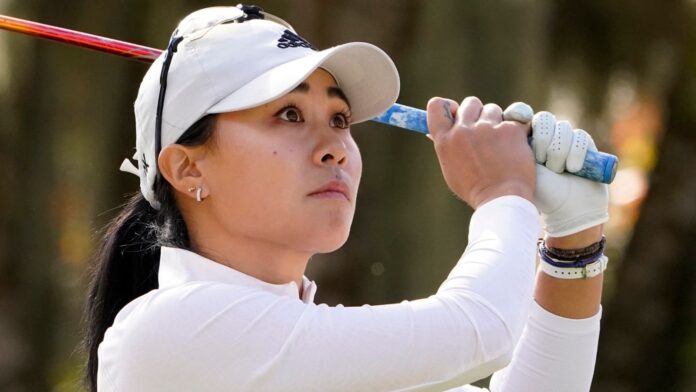 Danielle Kang holds a two-shot lead after rounds of 64 and 65 at the opening event of the new LPGA Tour season in Florida; watch the third round live on Saturday from 6.30pm on Sky Sports Golf and the Sky Sports Golf YouTube channel.

Danielle Kang continued her bogey-free start to the week to move into a two-shot lead at the halfway stage of the Diamond Resorts Tournament of Champions.

Kang followed an opening-round 64 with a blemish-free 65 on another low-scoring day at Four Seasons Golf and Sports Club Orlando, posting six birdies during her second round to get to 13 under.

The world No 5’s closest challenge comes from Nelly Korda, who carded a five-under 66 on Friday, with defending champion Gaby Lopez a further two strokes back in tied-third with In Gee Chun.

“I had a lot of fun out there today and made some good birdies,” Kang said. This golf course is kind of sneaky tough at the same time, so I just can’t lose focus on certain shots. Three-putts are out there, too, which is scary.”

Starting the day with a one-shot lead, Kang birdied the first and fourth before following back-to-back gains from the ninth by picking up a shot at the 16th and taking advantage of the par-five 17th.

Another one 🔥@daniellekang leads by two in Orlando 👀

Korda was level-par after seven holes but birdied the eighth and four more gains over the back nine, while older sister Jessica Korda was also within two of the lead until she finished her second-round 69 with three consecutive bogeys to drop back into fifth place.

AIG Women’s Open champion Sophia Popov leads the European interest and heads into the weekend tied-10th and eight off the pace, while English duo Mel Reid and Georgia Hall are in a share of 14th after both carding a second 70 in as many days.