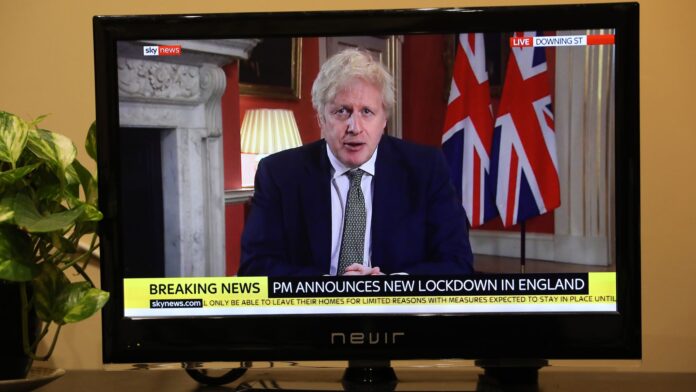 Award-winning actor Kenneth Branagh is to play Boris Johnson in a new TV drama charting the country’s COVID pandemic through the eyes of the prime minister.

This Sceptred Isle, a Sky Original drama, will tell the story of some of the most devastating events to ever hit the country – and of a prime minister leading through unprecedented times.

The drama will trace the impact on Britain from this once-in-a-generation crisis, and the response of scientists, nurses, and doctors as they worked tirelessly to try and contain the virus.

It is based on first-hand testimony of people from all walks of life: From Number 10, the Department of Health, the Scientific Advisory Group for Emergencies (SAGE), and from hospitals and care homes across the country.

The five-part series was co-written and directed by Michael Winterbottom, whose previous hits include Welcome To Sarajevo, A Mighty Heart, 24-Hour Party People and The Road To Guantanamo.

He said: “The first wave of the COVID-19 pandemic will be remembered forever: A time when the country came together to battle an invisible enemy, a time when people were more aware than ever of the importance of community.”

He added the series “weaved through countless true stories”.

Sky UK’s managing director of content Zai Bennett said the “resilience and fortitude” of the public over the past year had been “nothing short of extraordinary”.

He said: “Portraying NHS staff and key workers on the frontlines of the extraordinary fight, to those in government facing unprecedented challenges; Michael Winterbottom has a clear and compelling vision in telling this remarkable story.

“The incredible creative talent Fremantle has assembled including the central performance from Kenneth Branagh will make This Sceptred Isle a drama we are proud to be part of telling.”

This Sceptred Isle is expected to premiere on Sky Atlantic in autumn next year.